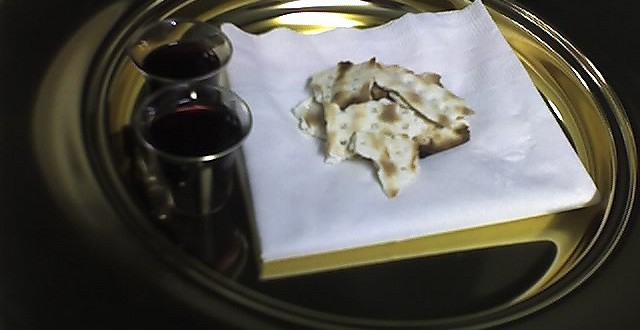 Share this story!
[todaysdate] (RNS) The Blood of Christ will not be offered during Mass. The Host will be placed in the hands, not on the tongue. And the faithful should not hold hands while reciting the “Our Father.”

These are but a few of the guidelines the Diocese of Fort Worth — not far from the Dallas hospital where three Ebola cases have been diagnosed — has sent to its parishes to calm fears about the deadly disease and to prevent the spread of flu.

While the diocese is perhaps the first in the U.S. to send around such a memo thanks in part to Ebola, such restrictions are common during flu season in Catholic and other churches that offer Communion.

“It’s the same guidelines we have used in past years,” said Pat Svacina, communications director for the Diocese of Fort Worth. “This is just a normal thing. There is no panic whatsoever.”

Nina Pham, the nurse diagnosed with Ebola on Sunday (Oct. 12) after having helped to treat the first patient ever diagnosed with Ebola in the U.S., belongs to a Catholic church in east Fort Worth. But Svacina said that she has not been to the church since August, likely because she works weekend shifts, and that her family members, who also attend the church, were not in physical contact with her when her symptoms appeared and she became potentially contagious.

A second nurse who works at the same Dallas hospital with Pham, Amber Vinson, was diagnosed with Ebola on Tuesday. She also treated Thomas Eric Duncan, a Liberian man who died of Ebola.

The Diocese of Dallas has not issued similar guidelines, but Ebola is much on Bishop Kevin J. Farrell’s mind. On his blog Wednesday, he offered prayers for the health care workers grappling with Ebola, expressed confidence in local health care authorities and wrote that “this is a time for our community to respond with calmness and compassion.”

Among other precautions issued by the Diocese of Fort Worth:

The federal government is trying to include faith communities in its efforts to prevent the spread of Ebola in the U.S., inviting them to join in a conference call Saturday with the Centers for Disease Control and Prevention, the agency charged with the response to Ebola within the U.S.