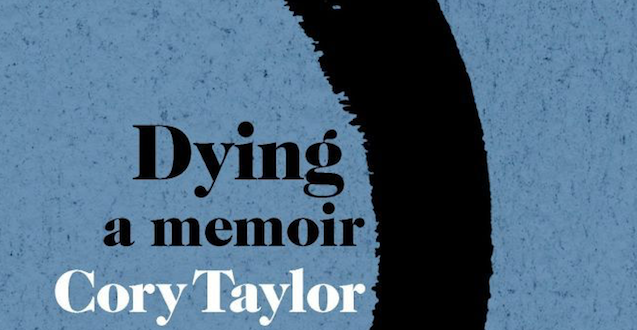 “Dying: A Memoir” offers honest reflections on end of life

Australian author Cory Taylor was diagnosed with incurable melanoma at age 50. As her health worsened over the next decade, she wrestled with the inevitable – her impending death.

In “Dying: a memoir,” she delivers a moving reflection on the end of life. On the first page, we learn that she bought a euthanasia drug online from China.

“What could be easier than to swallow a fatal dose and never wake up again? Surely that would be preferable to the alternative, which is a lingering and gruesome demise.”

Suicide is legal in Australia, although assisted suicide is prohibited. After struggling with guilt about planning to kill herself and thereby abandoning her husband and their children, she decided simply to let nature take its course.

She says that none of her doctors ever raised the subject of death, “a fact I still find mystifying.” Taylor had no religious background, nor did not believe in an afterlife. She asked her mother to pray for her “since I didn’t know how to pray for myself.”

From age 15 her top goal was to become a writer. She wrote plays, poetry, children’s books and fiction. “I don’t know where I would be if I couldn’t do this strange work. It has saved my life many times over the years, and it continues to do so now.”

She had no bucket list, but she enjoyed travel and developed a special love for Japan, which she visited often.

“I went through most of my life believing that death was something that happened to other people. In my deluded state, I imagined I had unlimited time to play with, so I took a fairly leisurely approach to life and didn’t really push myself.”

She was not unhappy or depressed, but occasionally angry. “Why me?” “Why now?” She admits wasting a lot of time feeling singled out or cheated.

“Dying” is notable for its clear, concise prose. Much of it relates to Taylor’s fractured family. She was estranged from her father, an airline pilot who was happy only when he was flying. Her parents divorced years ago.

Prior to her cancer diagnosis, Taylor had never faced serious illness. “Now suddenly I was face to face with my own mortality,” she writes. “There was a moment when I saw my body in the mirror as if for the first time. Overnight my own flesh had become alien to me, the saboteur of all my hopes and dreams.”

An editor’s note says Taylor wrote this book in just a few weeks before she died last year at age 61 of melanoma-related brain cancer, a significant accomplishment for any writer, never mind one on the verge of death.

This is not a depressing book. Rather, it is an honest, searching account of one writer’s coming to terms with her own mortality. Yet she reveals little about her physical demise. Was it “a lingering and gruesome demise,” as she had feared? She does not say.

“I’ve come to the edge of words now, to the place where they falter and strain in the face of dying’s terrifying finality,” she writes on the last page.

The book ends with these words, “Fade to black.”

Previous Ask A Jew: What is God’s Name?
Next Oh, the blessings we take for granted