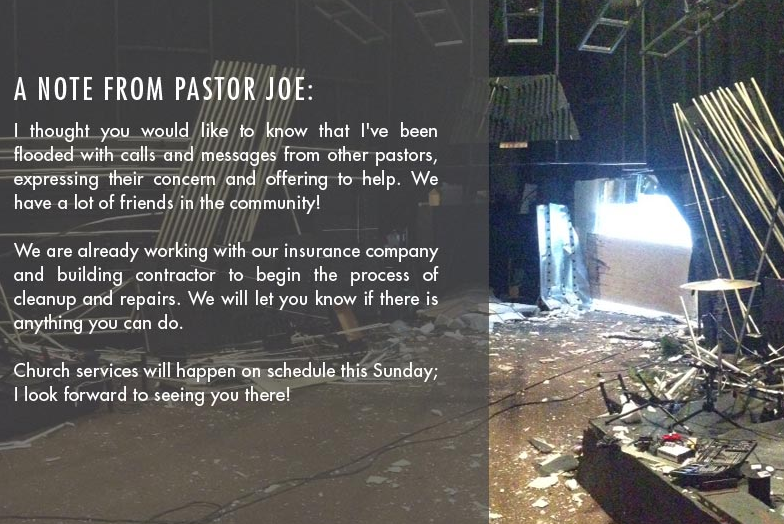 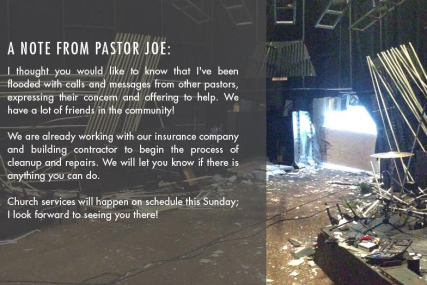 Around 4 a.m. Tuesday, police arrived at Life Center Foursquare Church at 1202 W. Government Way to find a Toyota station wagon had jumped the curb and crashed through the north wall of the church and onto the main stage of the auditorium, according to a news release.

The driver fled the scene and police have not arrested anyone. Detectives, however, have identified a person of interest in the incident, according to the release.

There is no evidence to indicate the incident was a hate crime, the release said.

Administrative Pastor Blake Folden said the congregation is praying for the driver of the vehicle.

“We wouldn’t ask for this, but it could be somebody who is just hurting so bad,” Folden said in the Spokesman-Review.“It could be someone with mental health disorders or alcohol problems.”

This weekends worship services have not been canceled.

Previous Supreme Court wrestles with how ‘religious’ prayer should be at public meetings
Next The real issue in the gun control debate is selfishness, not violence