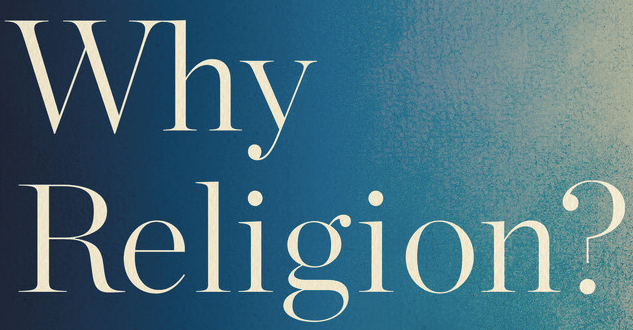 Elaine Pagels and her husband, Heinz, lost their 6-year-old son to a rare, untreatable heart illness in 1987 and a year later Heinz was killed in a mountain climbing accident.

Pagels struggled with these heartbreaking losses as she raised their two adopted children. “Heinz’s death crashed over us like a tsunami,” she writes in this provocative book, “Why Religion? A Personal Story.” She now teaches at Princeton University and has become a respected historian of religion and winner of a MacArthur Fellowship, otherwise known as the“genius award.” Pagels graduated from Harvard University’s doctoral religion program and is the author of the best seller “The Gnostic Gospels.”

Growing up she was raised by emotionally distant parents who wanted nothing to do with religion. They did not attend the funerals of Pagels’ son and husband, which added to her suffering.

In“Why Religion?” she pulls together her life story, with reflections on the many contradictions and wisdom of spiritual traditions.

She finds succor in various beliefs, such as Buddhism and the many forms of Christian teachings. Decades ago she abandonedChristianity but gave it a second look after she immersed herself in the secret gospels found in an Egyptian cave in the middle of the last century.

Pagels felt that people blamed her forHeinz’s death because she had not tried to stop him from going on a risky mountain climb. Among those who supported her in her grief was the Catholic Trappist monk Thomas Keating, who meditated with her.

She wanted to believe “in a morally ordered universe, in which someone, or something – God or nature? – would keep track of what’s fair. Was this a relic of Western cultural tradition that moralizes history, like those old Bible stories I’d heard, that suggest that doing good ensures well being and doing wrong brings disaster?” In other words, should her kind life have prevented the premature deaths of her son and husband?

It is not only Christians who interpret suffering and death as God’s punishment. Jewish prophets regarded military defeats as “punishment for failure to worship God and obey his commands.”

Pagels explores various conundrums that puzzle theologians and lay believers alike. What was God doing before he created the universe? Why did he permit his son Jesus to die on the cross? Why do we suffer and why do we die? Are some people sent to Hell for eternity?

“Nearly every group,” she writes, “from Roman Catholic, Baptist, Pentecostal, Mormon, Methodist, Christian Scientist, Quaker to Ethiopian Orthodox, tends to claim that its version of Christianity is the right one, the only one that goes back to Jesus himself.”

“Why Religion?” should cause readers to think deeply about what they believe and not to use religion to justify discrimination and violence directed against people with contrary views and beliefs.

Previous A Nativity Reminder: God Became Flesh and Dwelt Among Us
Next My Christmas Gifts to God