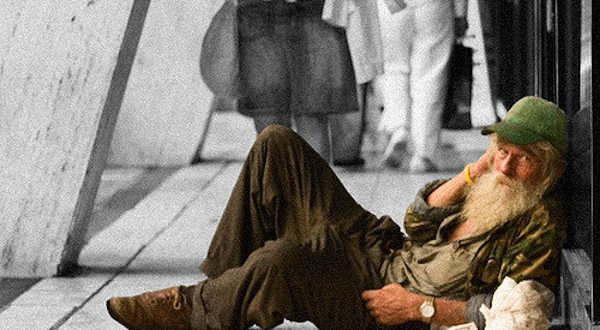 Many churches spend time trying to reach out to new attendees in the pews. For several downtown congregations, this routine is different as many in their congregation are without a permanent home.

Spokane’s homeless services have fluctuated this year as downtown shelter provider House of Charity faced funding cuts in May, forcing 200 in its overflow sleeping program to hit the streets. While the shelter received renewed funding later in the summer, the city often faces a shortage of shelter beds.

Downtown church staff have taken notice, and they want to help. Westminster Congregational United Church of Christ, 411 S. Washington St. is hosting a panel discussion on homelessness Sept. 20 from 6 to 8 p.m.

“We’re calling it ‘How to be a good neighbor to your homeless neighbor’” said the Rev. Andrea CastroLang.

At least five to six service agencies are attending, CastroLang said, including a representative from the City of Spokane. Medical students from Washington State University’s Elson Floyd College of Medicine are also expected to attend.

“One of the WSU med school missions is to serve the underserved, so this seemed appropriate,” said professor Amy Meredith of the Elson S. Floyd College of Medicine, speaking by email about why she recommended the event. “We often feel helpless when we see homeless folks in our community. My hope is that the knowledge the panel gives us will empower us to do more.”

CastroLang hopes the discussion will give her and other attendees ideas on how to serve the homeless while still maintaining a safe and vibrant downtown.

“The downtown churches see it. We have homeless people in our congregations every Sunday. They’re in our midst,” she said. “It’s important to have a supportive and helpful response.”

Recent complaints from businesses about loitering, litter and aggressive panhandling have highlighted friction between service providers, the homeless, business owners and the general public. But CastroLang believes all these groups can use the same space.

She wants to start by asking what else churches can do. Right now, they’re just in the discussion stage, but she hopes to take it much further.

“There’s a lot of homelessness and misery out there’s that’s not by choice. What can we do to change that?,” she said “The homeless community needs more than just a meal; I’m glad people provide meals, but there’s more than that.”

Previous Most U.S. Jews oppose Trump but the Orthodox stick with him
Next How prayer can help after a school shooting