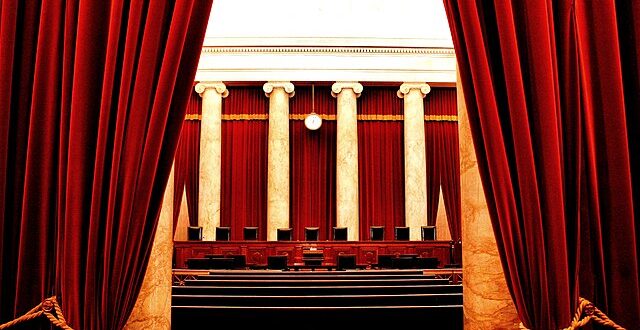 I’m an Evangelical Christian who voted for President Donald Trump and have wondered about that decision just as I did when the first president I voted for, Richard Nixon, left office before he could be tossed out. But regardless of which side of the political aisle I occupy, and that’s the point of this article, when it comes to a president doing their job and filling a vacancy on the Supreme Court, I don’t think there should be a partisan fight about the process.

On Feb. 13, 2016, almost 11 months before the next president would be sworn in, President Barack Obama faced an opening on the Supreme Court with the death of Justice Antonin Scalia. On the same day, according to this article in CNN, Senate Majority Leader Mitch McConnell said, “The American people should have a voice in the selection of their next Supreme Court Justice. Therefore, this vacancy should not be filled until we have a new president.”

Fast forward to today and in The Hill, Senate Minority Leader Charles Schumer is quoted as saying the same thing spoken by McConnell. Apparently, he’s pushing for the same result which occurred over four years ago under President Obama’s presidency.

I don’t know of anything stating that a president, with less than a certain time remaining in office, can’t continue exercising their responsibilities just because they may lose the upcoming election and be replaced by another party. And that probably explains why our representatives in the Senate, in 2016 or now, haven’t called for the sitting president to cease all aspects of his responsibilities.

If they really believed the American people should ‘have a voice’ in the governance of our country, why should it apply only to the Supreme Court. Perhaps it’s time for the Senate to force sitting presidents to recuse themselves from all actions upon the commencement of a new election cycle.

Can you imagine how quickly a senator would come under condemnation if they pushed for such an action? And none ever has, to my knowledge, which communicates that they believe a president should keep working until they are replaced by a new individual. So why the difference here?

Which brings me to my conclusion and the subject of a future article, in some circumstances, like elected law enforcement officials and justices, is it time to say ciao to voter choice and hello to hiring?

Previous Ask A Quaker: Heaven and Hell
Next Bias and Skepticism in a Tough Election Season