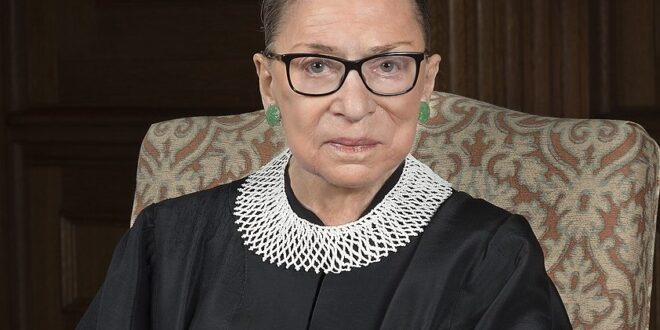 Ginsburg seated in her robe/2016 Portrait

I never anticipated a part two of this article when I wrote it, but there’s an underlying issue not directly addressed in my previous piece that I think needs to be talked about.  I’m talking ethics and responsibilities in a big way here.

First, let me say up front that I can’t BEGIN to imagine how difficult it would be for a sitting Senator, with authority to stop the nomination of a Supreme Court Justice, and with it, delay or prevent the altering of the court’s make-up along conservative or liberal lines, to allow the nomination to move forward.  Doing so could drastically change the legal landscape on critical issues such as immigration, religion and government, abortion, global warming, same-sex marriage, affirmative action, and many more.

However, I don’t think an elected official is acting responsibly when they behave as Leader McConnell did in 2016 or Democrats in the Senate are now.  Their common denominator; pushing to hold off the vote until the conclusion of the presidential election; increases the chance that ‘their side’ will be in the White House and with that, the justice they want to see nominated.

There are other options, and though they are difficult and don’t guarantee the outcome you might want, I think they are the more responsible course to take in this type of situation.  I lived such an experience of acting responsibly during my days in consumer lending.

My focus was on the second mortgage business and after a number of years in the field, I began to see that it often wasn’t in the best interests of the applicant, often a young married couple, for me to approve the loan.  They did qualify however and so I was faced with a few options.

Counseling them in an attempt to show them a different route that would not involve borrowing or declining them, even though they were clearly qualified, would have been an action against my responsibilities and harmful to the business I worked for.  But approving them was almost certain to cause them negative financial issues down the road, so shouldn’t I steer them clear of that?  I didn’t think so and that left me with only one other option; leaving the industry and the benefits it provided me and my family, and seeking employment in a field that didn’t present such problematic life choices.

That was not an attractive option for me, though it was the one I accepted.  And it worked out for the better, as I spent the later years of my working life doing administrative work for others and finding a career that I absolutely loved.

I’m not saying that my issue was anywhere close in magnitude to what Senators are faced with in the nomination of a Supreme Court Justice by the President of the opposite party.  But I believe the principal is the same, and it that’s true, it seems that the behavior I’ve seen from both sides of the aisle, are clear violations of their responsibilities.  Behavior, such as this, could also play a part in the lack of trust the American people have in our government.  This scarcity of confidence can’t be turned around…or can it?

To ‘make up’ for how he acted in 2016, when a democratic president’s nomination to the Supreme Court, was prevented from moving forward, Senator McConnell could start by apologizing for his behavior over four years ago.  Then, as a way of ‘correcting’ the injustice which he dealt the American people, he could agree to do the same thing with President Trump’s nominee that he did with President Obama’s.

I wouldn’t like the outcome of that decision, if Joe Biden became the one to fill the vacancy left by Justice Ginsburg’s death, but it would certainly convey to the American public, in a dramatic way, that he acknowledged his mistake and was doing something historical to correct his blunder and attempt to rebuild our nation’s trust in the Senate.

P.S.  I’m a Republican and my voice, though certainly not high on the political influence scale, is important because many of my party would close their ears to a Democrat criticizing a Republican Senator’s actions, and I suspect the same result would occur if the shoe was on the other foot.  For there to be a real chance for transformation, I think people need to initiate corrective action when they see behavior that shouldn’t happen among their party’s elected officials.  So fellow Republicans, if you agree with my conclusions about Senator McConnell’s actions, I urge you to stand up and speak out, and that goes all the way to the men and women sitting as United States Senators.