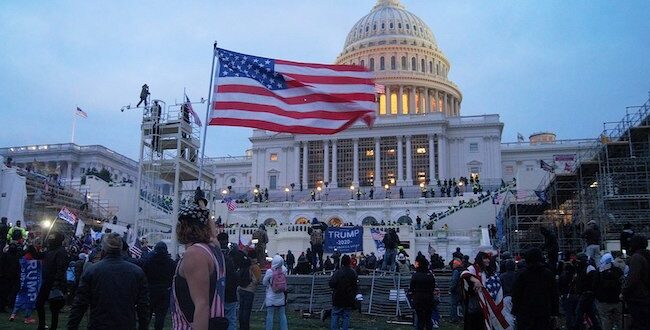 Don’t forgive them for they know exactly what they do

Don’t forgive them for they know exactly what they do

What we saw at the Capitol last week is what happens when we forgive people who aren’t sorry.

Ever since the election, I’ve seen an influx of pleas to forgive or pardon Republican leaders and supporters and move forward. If those advocates didn’t expect that forward movement to include an attack, they weren’t paying attention. Forgiveness is a mutual act, not a magic wand. Did they expect the gift of unearned forgiveness would somehow force those who had aimed guns at black and brown protestors, those who shouted antisemitic attacks, and those who shot up gay clubs to magically transform into decent people?

When we forgive people who aren’t sorry, the “Moving forward” that results looks exactly like insurrection and terrorist attacks. Without remorse from the other person, we are not giving them the gift of forgiveness. We are giving them permission to stomp all over our boundaries and in many cases, our bodies.

In Judaism, forgiveness must be earned. There are very specific steps someone needs to follow to earn forgiveness. Someone must seek out forgiveness and work towards it to prove they genuinely are sorry and are committed to improving. Completing those steps doesn’t even guarantee them forgiveness. That is up to the person they have harmed.

According to Halacha (Jewish law), teshuva is the most important part of forgiveness. Teshuva literally means, “To return.” In this context, it refers to the work someone must do to change their offending behavior. There are different steps someone must go through as part of teshuva.

Recognizing the harm done requires someone to truly see their victims. The person must recognize and accept the humanity of the person they’re hurting. The offending person must then undergo some deep introspection. They must recognize how their behavior has hurt the other person.

For those people who advocated forgiveness after the election, please show me exactly where you saw evidence of this. I saw people continue to use racial slurs and threats against BLM supporters. I saw people screaming in the faces of others when asked to wear a mask. I saw antisemitic and homophobic signs at protests. As more of the terrorists who stormed the Capitol are identified, more of their previous posts, portraits, and writings are being exposed. This evidence shows that not only did they not recognize any harm in their behavior, but they actually delighted in the harm done.

The person must regret what they have done and feel remorseful about it. Those who advocated forgiveness, please point me to any evidence of any remorse or regret. The only responses I’ve seen are those who have doubled-down on their “right” to threaten others. Not only did these people have absolutely no regrets about their behavior, but they actively sought out ways to achieve even more harm. The lack of regret and remorse has been shocking. People have donated hundreds and thousands of dollars and made a celebrity out of a boy who murdered BLM supporters. Rioters at the Capitol wore “Camp Auschwitz” hoodies. People continue to gather in large groups without masks. There is no sign of regret, only celebration.

Forgiveness cannot happen if someone continues the same hurtful behavior. As many of those who stormed the Capitol are being identified, we are seeing some of their older photographs, letters, and social media posts. These posts are threatening, racist, and hateful. The fact that their behavior hasn’t changed (and in many cases has actually escalated) shows they were never candidates for forgiveness in the first place. Those who advocated for forgiveness, please provide any evidence at all that those who marched in Charlottesville, shot at BLM protestors, used hate speech, or gleefully and viciously attacked others online or in person have ceased doing those harmful things. Given that so very many of them were part of an attempted coup in the very heart of our government facility just days ago, I recognize that will likely be an impossible task.

One must work to correct whatever damage they have done. If someone seeks forgiveness for stealing something, one must return that item or offer to pay a fair amount. If one seeks forgiveness for injuring someone physically, they must pay medical bills. If someone destroys someone else’s reputation, that person must publicly admit to their sin and correct the lies told. Where is the evidence of anyone paying medical bills for people they teargassed? Where are the receipts for funeral bills paid for others by those who carelessly infected them with Covid-19? Where are the videos of those who defaced Jewish tombstones repairing them? Where are the videos of those who burned a BLM banner at a church replacing that banner?

The person must admit both before G-d and before others what they have done wrong. This is not at all like the Catholic concept of confession where someone has a private meeting with a priest to quickly tick off a list of sins and then go off and pray alone. This has a public element where someone must admit their specific sins out loud to the person harmed and in many cases, to the community. It must be a clear confession for wrongs done where the person admits and accepts responsibility. Those who advocated for forgiveness, please provide any evidence of sincere confessions from those you wanted so badly for us to forgive.

Forgiveness is a two-way act. Someone must actively seek and work towards forgiveness and the other person can then decide to accept it after seeing evidence of a commitment to do better. Judaism doesn’t glorify forgiveness. It emphasizes the work necessary. It mandates teshuva and repentance. Forgiveness without teshuva is not forgiveness. It is acceptance of criminal behavior. We Jews know exactly what happens when we try to excuse the bad behavior of others without expecting change and respect.

Rabbi Dayna Ruttenberg has written and spoken extensively on the practice of forgiveness in Judaism. She is a great resource on the topic.

And her interview on MPR News with Kerri Miller Women of Faith here.

Previous Interfaith Voices: Domestic Terror Attack and Faith Divides
Next Jesus is Now Born! But Why?