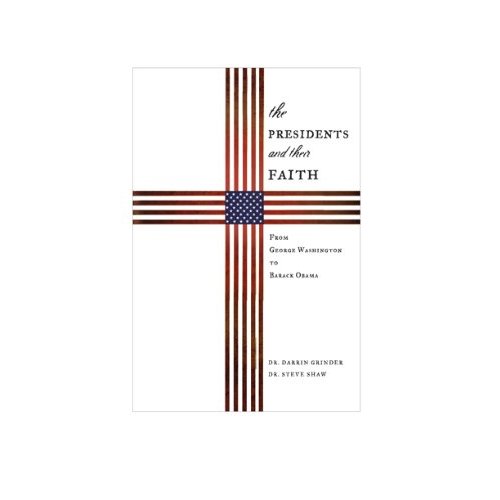 Does the spirituality or faith of our president matter?

A review of “The Presidents and their Faith:  From George Washington to Barack Obama” 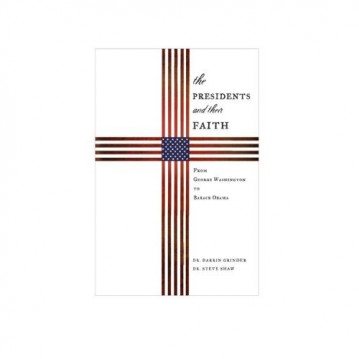 I came to this book with much ambivalence. Why does the faith perspective of our presidents matter? In my clearheaded thinking, it should not matter. The United States of America is not a theocracy. In fact many of the founders and first European residents of this land were fleeing the controls of religion upon their country. Of course, in typical human hypocritical fashion, many of the original colonies were set up as semi-theocracies requiring allegiance to one particular denomination.

Despite my doubts, I found myself strangely curious about the faith of our presidents. This book is not intended to go into great depth, instead it is a survey from what the public record shows about the religiosity of each president. All presidents’ have appealed to religious imagery sometime during their term especially in inauguration addresses and speeches in times of deep crisis. It seems all presidents have seen the power of appealing to the religious imagination of the American people. Authors Darrin Grinder and Steve Shaw try to access when this emanates from a sincere personal faith. They look to church attendance, reading the bible (and quoting it) and other signs that they took faith seriously before, during, and after their White House years.

There is a struggle in our American discourse about whether we were founded as a Christian nation. Our freedom of religion has boundaries of protection between state and religion but what of our presidents? Did they protect this separation or did they encourage us to deepen our Christian roots?

Grinder and Shaw conclude that our early presidents saw a positive role for religion in the nurturing of the young country and critical toward the education of children since all schools were run by religious institutions. These earlier presidents were also fierce defenders of religious liberty wanting to protect churches from persecution by other churches or by the government. Of course, their exposure to religion was almost exclusively Christian with some Unitarian influences. Some of these early presidents with Christian affiliations showed doubts about the divinity of Jesus and therefore the doctrine of the Trinity.

As you read the book, you are encouraged to wonder about the tension between a sincere faith not tainted by its use for political advantage versus the cynical use of religion for political gain. Some presidents had nominal faith but they amplified its importance when it was expected. Is this insincere, the authors wonder. Short of outright contradictions in the public record, they land on the side of seeing sincerity in these presidents. This is, of course, more difficult for each of us with the presidents from our lifetime. We often have strong and very subjective opinions. Ronald Reagan had a political base of evangelical Christians. He rarely attended church but he talked about the Bible, Christian principles and evoked Christian imagery often. Remember, his vision of “America as a shining city on a hill?”  Masterfully, Reagan bound together imagery of country and God. To this day, many people believe he was quoting the Bible.

If you are looking for this book to resolve some questions or concerns you have about the role of religion in America seen through the eyes of these residents  you will be disappointed. This book did a good job for me in filling in my knowledge. Also, it brought me back to some of the evidence about some of the presidents I had judged, especially the ones in my lifetime, allowing me to reconsider them beyond their political policies and actions. This book is necessary for anyone who is thinking about the role of religion in our public life in America. It will engage you in many ways — getting thoughts, questions, and conversations rolling. It is well done and an easy read. Before you are in another conversation about whether this country is ready for a Mormon president, read this book.

Previous Snake handler
Next Where We Worship: Timberview Christian Fellowship steps out of sermon, into service