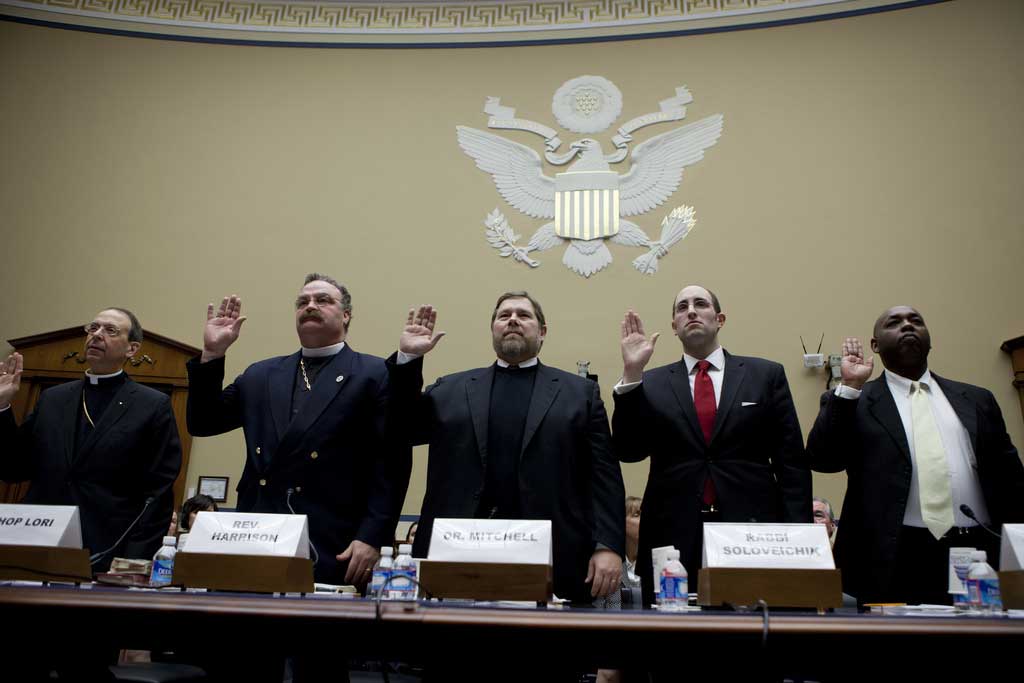 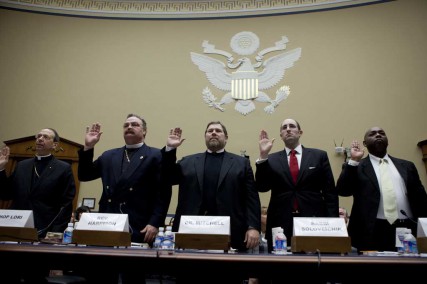 The Obama administration’s policy requiring most employers to provide free birth control coverage in their health insurance policies takes effect on Wednesday (Aug. 1) — a deadline that has sparked apocalyptic warnings from conservative activists and some faith groups.

“August 1st will be remembered as the day our most cherished liberty was thrown in a government dumpster and hauled away,” echoed Matt Smith, head of Catholic Advocate. And that’s just a sampling of the outrage.

Are the claims legitimate? As with most federal regulations, it’s complicated, and the supercharged politics of the issue, in the midst of a presidential campaign, don’t help.

Moreover, religious freedom is by its nature a topic that prompts heated debates — without always providing a clear answer.

Questions of religious liberty always necessitate compromises and judgment calls. Religious believers don’t have an unlimited right to refuse medical care for their sick children, for example. And nonbelievers don’t have an unlimited right to banish every religious symbol from the public square. Most cases are not even that clear-cut — and there are always enough controversial cases to keep tempers on the boil.

As far as the contraception mandate goes, the simplest answer to the question of whether religious freedom ends on Aug. 1 is no — or at least not yet.

Faith-based groups who claim to have religious objections to providing health insurance that covers contraceptives and sterilization have a “safe harbor” until Aug. 1, 2013 before the mandate would take effect for them.

Even then, the mandate may not force them to compromise their beliefs. The Health & Human Services Department is still weighing proposals that could expand or change the exemption already set out for religious groups.

Still, many activists and groups, chiefly Catholic hospitals, universities and social service agencies, object to the scope of the HHS exemption for religious groups, saying it is too narrow.

The HHS has proposed a complex policy that would allow require insurance companies, rather than employers, to pay for the contraceptive coverage, so that religious institutions would avoid any entanglement in providing the insurance. Some say that proposal would resolve the problem — but not all are convinced.

In the end, the courts are likely to decide the matter. Two federal judges, in separate cases, have already told plaintiffs that they cannot sue to block the mandate because it would not affect them until next August at the earliest. And even then, the judges noted, the mandate may not violate their religious freedom.

Other religious institutions that object to the mandate, chiefly Protestant bodies, may not be eligible for the one-year safe harbor because they already provide contraception in their insurance. Because they offer a service that the mandate requires, they are not seen as having standing to object to a regulation on faith-based grounds. Many would disagree with that judgment, and so would see the mandate as impinging on religious freedom.

Private companies whose owners provide employee health insurance and who have religious objections to contraceptive and sterilization throw another twist into the debate.

That was the argument made by Hercules Industries of Colorado, an air-conditioning products manufacturer that is owned and operated by a Catholic family. Last Friday, a federal judge issued a temporary injunction blocking the mandate from being applied to Hercules.

District Judge John Kane in Denver saw a possibility that the mandate could represent a “substantial burden” on the Hercules owners' freedom to practice their religion freely. He ruled that the mandate should be blocked for that company until the merits of the case are decided.

“The injunction is specific to that one company, and it holds only until the judge can reach a verdict on the case’s merits,” wrote Sarah Kliff who covers health policy for The Washington Post. “Still, it could mark the start of a long period of litigation involving one of the health-care law’s most polarizing provisions.”

The bottom line is that much is unclear at this point, and much could change in the next year.

Republican presidential candidate Mitt Romney has vowed to undo the contraception mandate if he is elected, which would make the point moot. The Obama administration could significantly alter or expand the exemption or the policy itself. And the courts will eventually have their say, and could rule one way or the other.

This means that any resolution will be some time off, and the only certainty is that the political lobbying on both sides — and the apocalyptic rhetoric — will continue to cloud the issue.

Previous Is someone hateful just for taking a stance?
Next BRIEF: Holy Trinity to show “The Last Mountain”