Does God create new relationships when loved ones die? 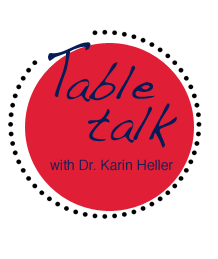 We talked about “separation” a few weeks ago and how God “separates” to create new relationships. In regards to death and “separation”, is death ever an injustice or is it always an attempt to create something new and fresh? Do you have any insight on why God wants to “create” new relationships?I lost my brother four years ago, he died a week after his 31st birthday of pneumonia. He was a beautiful man, he was a husband, father, teacher, and coach but most of all he was loved. I did not mourn his death because I actually chose not to believe it for about two years. I could not grasp that he was actually gone. I was upset with my mom because she would always say “it is God’s will” and “that’s how he wanted it.” Eventually, I did begin the mourning process and have come a long way. I must say that before your lecture on “separation”, I still had a little resentment towards God because he took my brother. I understand this now and I thank you so very much.Thank you, Monica 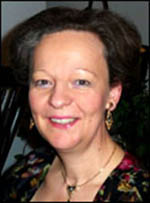 The biblical God did not create death, but death entered into the world on account of the devil’s (the serpent’s) jealousy and man’s unwillingness to fix the problem of an animal that suddenly started behaving and talking in n inappropriate way. The biblical God is only LIFE. As such, when confronted with death, God does not give up! Death is not an obstacle for him, because he is capable of CREATING NEW RELATIONSHIPS in spite of death! God wants these new relationships because he is a God of LIFE and not of death! He alone is able to create something good out of a separation that is a disaster. Each death is a disaster … and, in addition, sometimes an injustice. There is no greater injustice than the death of innocent people. The biblical God always attempts to rescue man confronted with death! Therefore, the problem is not God, but man! Does man want to be rescued from death and meet his creator and redeemer when the hour has come to leave this world? You did not give up at your brother’s death. I hope your brother had the same attitude! Women are very often stronger than men (males) in front of death. You want your brother to be ALIVE. Therefore, continue to look for your brother hidden in a God who is LIFE. So, if you want to find your brother, you’ve got to find God FIRST! You remind me of the two sisters of Lazarus in chapter 11 of the Gospel of John… You should read this text. This text speaks of you! The sisters of Lazarus ask Jesus to come and heal their brother, but Jesus arrives “too late” … it’s “too late” for them, because their brother had died, but Jesus pushes them to have FAITH in HIM who is the resurrection! Through your brother’s death, God calls you to grow in faith in a God who is the RESURRECTION and who IS LIFE! That’s perhaps your vocation, to bear witness to a God who is LIFE and not to run around like your mother saying “it’s God’s will” or “that’s how he wanted it”. For sure, God wanted your brother to live and more than that, God wanted him to BE ALIVE FOR GOD in a way we can never totally be in this world. That’s to what your faith should point!
– Karin
Dear Karin,
Thank you so, so, much for you thoughtful response. It made me emotional and your words truly helped me understand what I need to know.I need to find God in order to find my brother, I now know that is what I need to do. I did read John 11. I had never read it before but I’m glad you suggested it, it’s content really shed light on not only deathbut life. My brother was a Christian man,and I know he would be proud of me for trying to better understand God. I took this class tofind a better understanding of God, religion,life, anddeath, and I most definitely obtained that and much, much more. Thank you so much, you have helped mein an indescribableway.Thank you,
– Monica
Dr. Karin Heller is a professor on the theology faculty atWhitworth University.Her blog,Table Talk with Dr. Karin Heller, features her responses to questions that students have asked her over the years. Check back each week to see new posts, and if you have a question leave it in the comment section below.