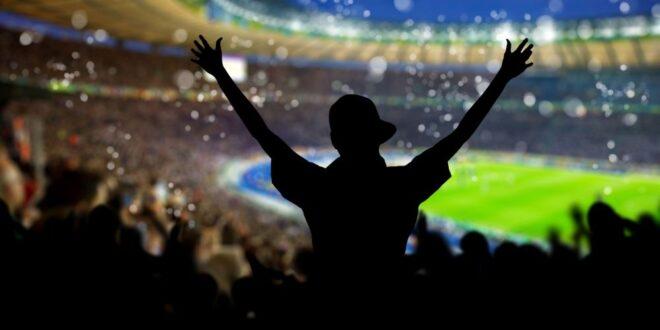 Crowd at a stadium / Photo by Sergey Nivens (Depositphotos)

Do We Worship at the Church of the NFL?

Do We Worship at the Church of the NFL?

In New York Times article, “Prayers for Damar Hamlin Show Bonds between Football and Faith,” Ruth Graham points out that “Christianity is embedded in NFL [National Football League] culture in a way that goes beyond most sports.”

Graham traces the special link between Christianity and football to the sport’s popularity in the Bible Belt. She notes that most team chaplains are Evangelicals.

Paul Putz, assistant director of Baylor University’s Faith and Sports Institute, thinks the outpouring of prayer after Hamlin’s injury is “an example of seeing in public a Christian subculture that’s been embedded in the N.F.L. for four decades. Since the 1970s, it’s had almost like its own church.”

The on-field outpouring of prayers for Damar Hamlin is understandable, given the immediate shock of the cardiac arrest he suffered during the January 2nd “Monday Night Football” game. The ongoing prayers for Hamlin and support for his charity are in many ways admirable. Hamlin’s charitable works are particularly celebrated in Kathryn Post’s “William Barber Points to NFL Players’ Humanity in Prayer for Damar Hamlin.”

While I value supportive prayer and rejoice like everyone else in Hamlin’s recovery, I am made a bit uncomfortable by the public displays of Christian piety common on football and other sport fields. What about all the non-Christians among players and fans? Who is not included in the circles of prayer?

I am uncomfortable in general with the merging of sports and religion. I don’t know what to make of players who credit God for making a tackle, scoring a touchdown or winning a game. Maybe it’s because I’ve never been an athlete or played organized sport or even been a wholly devoted fan. Sure, growing up in New England I enjoyed a love for the Red Sox and a hate for those “damn” Yankees, but I always knew the love and hate were not religious, but secular attitudes cultivated for fun and profit.

I confess that I have also enjoyed watching some football games. I can appreciate the exciting action and the prowess of the players. Yet, I agree with Mitchell Atencio, Sojourners author of “The NFL Exists Because We Keep Watching. So I Stopped.” I feel this to be a guilty pleasure, one I should abstain from.

Atencio, a once-devoted fan, wrote his column after watching Miami Dolphin quarterback Tua Tagovailoa suffer a second head injury. The NFL, asserts Atencio, “is unrepentant and unaccountable in its abuse of the brains and bodies of its players, and no amount of reform can change that. I am convinced that if I am to love my neighbors — if I am to love God — then I must resist the NFL.”

As viewers, we financially support the NFL and participate in the abuse of the players’ brains and bodies. Maybe we even enjoy the violence in our sports stadiums, even as Roman spectators seemed to have enjoyed the violence against Christians in their stadiums millennia ago.

Of course, unlike the Christian martyrs, professional football players willingly engage in the violence they inflict on one another and are well-paid for doing so. Still, there is something shameful in our getting pleasure from their suffering and in supporting activities that shorten their lives.

Doubtless many Christians see no problem in the fusion of sports, even violent sports, and religion. See, for example, the enthusiastic promotion of this fusion on Sports Spectrum’s website. Those who are zealous for both sports and religion might admit, though, that there is a rivalry between the two. Do you go to church on a Sunday morning or watch an NFL game if your favorite team is playing? Or do you take your kid who’s on a hockey team to practice if Sunday morning is the only time the rink is available for his or her team?

The second example above comes from my brother, a retired Lutheran pastor whose last ministry was in north-central North Dakota, where hockey is king. My brother found it difficult to find a time to gather together his confirmation class when someone’s kid in this class wasn’t practicing on some team on some rink.

Probably for many kids getting to play on a sports team is more exciting and fulfilling than receiving religious instruction. Probably for many adults sports offer a more satisfying physical and emotional experience than religion. And probably since we are a violent culture, a violent sport suits us just fine.

Let’s just hope that religion continues to offer an alternative. Not all of us want to worship at the Church of the NFL.

Previous Brief: Spokane Public Library to host exclusive screening of “The Abortion Talks”
Next What Matters Most?

Great column Walter. It got a thoughtful comments on our Facebook page where Stephen said, “{{ I don’t know what to make of players who credit God for making a tackle, scoring a touchdown or winning a game. }} Yeah it’s so weird. Reminds me that most people’s concept of god(s) is petty and trivial… and that they like to credit some majickal being(s) with stuff that is so silly. I also cringe when someone goes to hospital and gets help, and then people thank god… next time go to a church and stay out of the health-care system”