Do we own stuff, or does it own us? 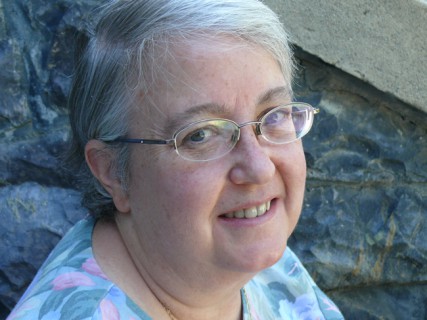 I have been developing a theory that our stuff multiplies at night when we’re not watching. OK, so it isn’t a particularly rational theory, but admit it, how often do you look around and say “where did all this stuff come from!?” This seems to be a universal problem in the developed world. No one seems to be immune from the plague of ever-expanding piles of possessions. It is especially scary that even for those of us who live in monasteries stuff has a way of accumulating, multiplying and taking up all the space we allot for it. Even monks and nuns aren’t immune from the tentacles of stuff. St. Benedict, the founder of monastic life in the West, lived long before the era of cheap, disposable goods. But even in the 6th century when he wrote his rule for monks he knew the dangers of accumulation. Although Benedict is generally very flexible and pragmatic about monastic life he takes a particularly hard line on the subject of possessions (the polite word for “stuff”). In the Rule of Benedict chapter 33:2-4 he says “….without an order from the abbot [leader of the monastery], no one may presume to give, receive, or retain anything as his own, nothing at all—not a book, writing tablets or stylus—in short, not a single item, especially since monks may not have the free disposal even of their own bodies and wills.” Unlike modern people, Benedict wasn’t just worried his monks would run out of room for their stuff, he knew the danger was much deeper and more insidious. He knew our possessions change how we think. The more we own the less freedom we have. Our belongings start to control our lives. Pretty soon we think we “need” all kinds of things. Next, our life is oriented toward accumulating things we have convinced ourselves we can’t live without. We need to work harder, make more money, spend more time shopping for all the belongings we “have to have” or we simply want in order to make us feel better. Before long we need more space for our possessions, we spend all kinds of time caring for them, maintaining them, sorting through them, cleaning them, getting rid of them, worrying about them. In other words, pretty soon we don’t own stuff, it owns us. When our stuff starts to own us, rather than vice versa, we have lost a fundamental sense of freedom. For Christians and other people of faith there is a fundamental freedom in knowing and experiencing the reality that everything, our very lives, are a gift from God. Ultimately, as Benedict reminds his monks, we don’t own anything. All we think we own is really a gift that we don’t necessarily, or even particularly, deserve. If we are able to truly embrace this reality then there is a paradoxical freedom. If we aren’t entitled to anything, much less a house full of stuff, then we can begin to be grateful. Instead of complaining, feeling empty, focused on what we want, we can begin to just appreciate the gift of our most basic and fundamental possessions. Most of us live in houses that are palatial by the world’s standards. We feast at vast banquets every day. We have hot, running water on demand. Automobiles take us wherever we want to go, whenever we want to go. And those are just the material possessions. Even those of us who live the contemporary monastic way of life don’t live up to Benedict’s strict standards. We don’t own a lot (we don’t have enough room to accumulate a lot) but we do have personal possessions. We also make a commitment to struggle with the siren song of stuff. In the monastery our temptations may not be much different from those outside the monastery, but by living in community with a common commitment to a simple life centered on God, we can perhaps accumulate less stuff and become less enmeshed in its grip. Monastic life is a chance to begin to divest ourselves of a sense of entitlement. We have to take a cold, hard look at what we really need and not just what we want. It isn’t easy. One person’s “want” is another person’s “need.” But hopefully our common struggle is a witness that if we begin to disentangle ourselves from the tentacles of our possessions there is a possibility for a life of freedom, gratitude and peace, a reward that seems more than worth the cost of a lot of stuff. When we begin to really divest ourselves of our sense of entitlement, when we reach a place where we can just give thanks for what we have, then perhaps that is the place where transformation really begins.