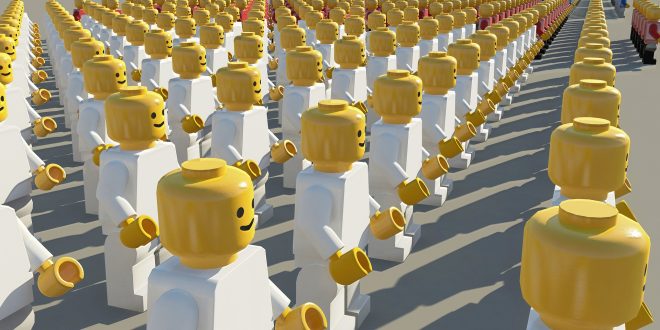 Our two younger children will be attending a new school next year, our daughter joining the Grade Six class and our son entering Kindergarten. As a family, we are mostly looking forward to this change. While the kids liked their old schools, getting to and from them involved a lot of driving in the mud that is Portland’s traffic, and so we were pretty chuffed about the prospect of a commute that consisted of a short walk. I started to feel less chuffed, however, when I learned that our children’s new school will be introducing a policy whereby the children will be required to wear uniforms.

I had a pretty big and a pretty negative reaction to that news.

And so I did what a lot of us do today with news big and small. I posted about it on Facebook. I named my negative reaction. I expressed my misgivings about our kids wearing a symbol that I saw as suggesting or even creating a reality of uniformity (“uniform” and “uniformity,” I pointed out, are very nearly the same word). And then I asked:

What would you do if you were Phoebe and me?

I didn’t expect so many answers from so many friends. The subsequent thread was as lively a conversation as I’ve seen online in a while.

Mostly – unexpectedly, for me – my friends had pretty positive feelings about school uniforms, pretty good reasons for feeling that way, and pretty good advice for what our family should do next. I heard from multiple folks who had experience with uniforms as a boon to poor families: uniforms, they said, free students from the expensive expectation of wearing designer clothes and, even more, wearing one means that a child of limited means can wear the same outfit repeatedly without it being obvious. I heard from others who said that (perhaps paradoxically) uniforms allow individual gifts to shine through because they eliminate the superficiality of differences in clothes. I heard from a lot of parents who talked about how much easier uniforms made it to get dressed in the morning.

And most poignantly, I heard from friends for whom clothes were a heavy component of their childhood hurt, friends who remembered with vivid pain wearing a jacket or a pair of shoes or a shirt into the schoolyard that marked them as an outsider. These were the friends who wished that uniforms had been mandated in their own school days.

Listening to these stories of hurt, I came to realize just how much the question of school attire touches my own childhood scars. As a boy, I was mocked pretty regularly and pretty viciously for how I dressed. But, for whatever reason, I had a different reaction to that mockery than my friends who came to long for uniforms. The upshot of the mockery for me was that I came to deeply resent demands for uniformity in general, whether that demand be enforced by a peer or by an official authority figure. (As at least one friend reminded me, the pressure from one’s classmates to wear certain clothes is, itself, an attempt to enforce a uniform.) On reflection, it became pretty clear to me that the intensity of my negative reaction to the suggestion of a school uniform flows out of my old resentment.

The instant that I noticed that reality, I noticed something else: while I was more or less steaming from the ears about the prospect of seeing my kids in school uniforms, I had never actually asked my children what they thought about the idea.

And so I am going to do four things. I’m going to ask my kids how they feel about the notion of wearing uniforms. I’m going to call the principal and find out about the impetus for the new uniform policy (while school’s official document is several pages long, it spends little time talking about what problems they hope uniforms will solve or what possibilities they hope they will create). I’m going to keep asking my friends for advice – this visit to Facebook reminded me that Phoebe and I have some seriously wise and insightful people in our lives. And maybe most importantly, I’m going to hold this question in the silence and openness that we call prayer.

Childhood hurts cast such long shadows. Most of the time, I reckon that I have escaped these hurts; that I am, as the popular expression has it, “over it.” And I suppose that I really am mostly over it. But there are times, particularly in a stressful or an emotionally fraught situation, when I am right back in the schoolyard and the circle of boys is laughing and pointing at my shoes as I go red in the face and fight to keep from giving them the satisfaction of tears.

One of the great risks or temptations for all of us who are trying to pass some measure of wisdom onto the next generation – whether we be parents, teachers, neighbors, whatever – is that we will project our own experiences, longings, and fears onto that generation. And, thus, we will attempt to use a child to solve our own problems and create our own opportunities and tell our own stories.

Previous A response to Mark Azzara’s “An America run amok”
Next Ask a Buddhist: What is nirvana?