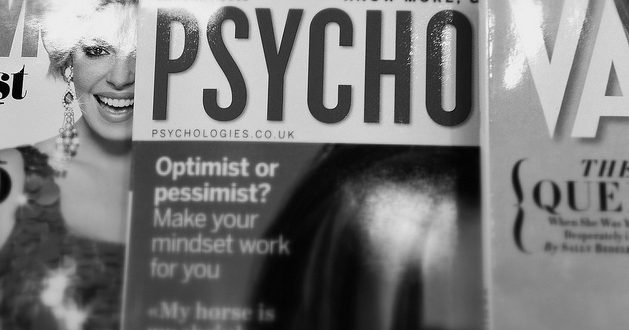 Do psychopaths rule the world?

PATHOCRACY, cool word and it makes a great intro for part two of my exploration of human nature. I’m happy to say that despite my resistance I’ve ended up thankfully, looking at the subject thru a new frame of mind.

If you glanced at the first post, you might remember how it ended with the groovy statement, “Given this (human) history, it is plausible to claim that if voting could change the system it would be illegal.”

I’m assuming the statement put some folks off, a little bleak or conspiratory; good I hoped it would be. I believe challenging and contemplating old habitual modes of thinking and solutions is one of the main roads to better understanding.

For me, my whole kick on human nature began with challenging and contemplating a quote most activist are very familiar with.

“It is no measure of good health to be well-adjusted to a profoundly sick society.” ~Jiddu Krishnamurti

If our society is profoundly sick and we should refuse to adapt to it, then what is it that we’re supposed to adapt to?

With so many obvious primary symptoms, diagnosing our leaders and our society as “profoundly sick” is easy. The hard part begins when we start looking for cures. I completely believe it begins and ends with a clearer understanding of human nature.

This post will cover societies symptoms. (Sorry no rainbows or unicorns) Why? Simply because in my opinion, we need a most accurate diagnosis before we can even begin to look for a cure.

Fortunately, I have none of the answers but, by you and I asking the right questions, I hope we can together find our way into a brighter light.

Please look for these follow-up posts in the weeks to come.

“If Society is Sick, What Should We Do About It?”

Throughout history, psychopaths, sociopaths, narcissists, and assorted antisocial-personality-disordered individuals have ruled societies. And I find it Interesting, that for some odd reason to this day; we’ve mistaken the resulting carnage as human nature and not what it really is: mental illness.

Psychopaths and sociopaths often exhibit glibness and superficial charm, have a grandiose sense of self-worth, are pathological liars, display extreme narcissism, are deceitful, cunning and manipulative, exhibit a lack of remorse or guilt, show a callous disregard for the feelings of others, have no conscience, lack empathy, and fail to accept responsibility for their actions.

In a competitive world, the people who act corruptly, who have no regard for truth, are going to have an advantage over those who play by the rules. The result is that those who achieve positions of power will be the most ruthless, the most sociopathic, the ones without conscience.

In societies run by psychopaths, ambitious individuals and sycophants, who are not clinically psychopathic, are induced to emulate, model themselves, after powerful psychopaths in order to achieve power and money (or survive). The result: psychopaths breed more psychopath wannabes.

When our ruling class – corporate leaders, bankers, academics, generals, media executives, senators and congressmen and even presidents – are liars and deceivers, and are ruthless, callous manipulators who have no regard for truth or other people, the entire fabric of society is twisted in their image, and psychopathic behavior becomes the norm. Yippee!

And, despite the violence, suffering and chaos they have caused, we allow them to remain at the top, and in control. Why?