Asking a supernatural power to help them during finals or praying that their custom essay from EssayShark will be a success – these experiences are bright examples of why many students may turn to religion.

Although not fully defined by man, the phenomenon of religion has established itself as an integral part of human culture and has sparked the biggest controversies and grandest moments civilization has witnessed. Driven by the desperate need for protection and absolution, people adhere to various beliefs, traditions, rites, and other manifestations of religion, joining a culture that makes them feel safe and blissful, no matter how illusory that feeling might be.

And those of society who are more likely to be subjected to the impact of religion are students. Asking a supernatural power to help them during finals or praying that their custom essay from EssayShark will be a success – these experiences are bright examples of why many students may turn to religion.

Delving Into the Matter of Religious Miscellany

Equivocal and extremely contradictive by nature, religions differ from each other by the divinity they revere, the behaviors and morals they are governed by, but converge on a focal point – most religions center on worshiping a deity or maintain some form of ethics of behavior. The rich diversity of religions has begotten countless arguments and disputes on the matter of religion itself, leading people to fight over which religion is superior and, thus, more important.

Due to the crude stage of the cultural development of today’s society, engaging in a certain religion is often embraced with intolerance and discrimination. Students, as a highly sensitive and broad social group, face the terror of discrimination in an especially severe and dramatic way. Therefore, the problem of religious freedom in college has become so critical and topical in the era of prejudices and biases.

Are Students Given the Freedom of Religion?

According to the highly held US Constitution, college students have a wide range of inalienable rights, which primarily include the freedom of religion. Thus, they are free to speak about their religious preferences, regardless of what religion they practice and have equal access to the resources of the college, including facilities and funding. Another legislative basis for students’ religious freedom is the ruling of the Supreme Court that prohibited singling out religious organizations for disadvantageous treatment. Therefore, aware of the rights and prerogatives they are given, college students prioritize their religious freedom and make good use of it – from blasting Hozier’s buzzworthy track inspired by homophobia in a religious society, to uttering their prayers out loud in the campus park.

Today’s forward-looking students not only have faith in fair and unrestrained religious freedom but also seek out possible ways to maintain and enhance it. Unlike their parents, who might have been too timid to stand up to the disgraceful attitude from their college peers, centennials are ready to announce themselves in a courageous and smart way. And, while the commotion religion is encompassed by may throw doubt on its value and relevance at large, defending one’s rights and liberties is always beyond question in a modern society marked by advanced intelligence and an unprecedentedly liberal lifestyle.

View All Posts
Previous Joshua and the Battle of Jericho—Did it Happen as the Bible Records?
Next Spirituality as Joy — the Art of Spokane’s Brittney Trambitas

Importance of Brother and Sister Relationship 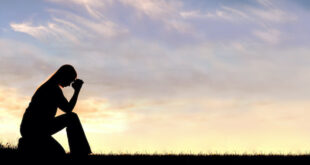 Communicating With Your Angels How to Talk to Angels 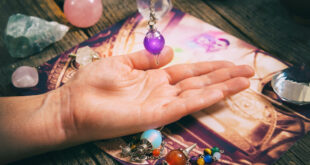 Am I Psychic How to Tap Into Your Own Psychic Abilities 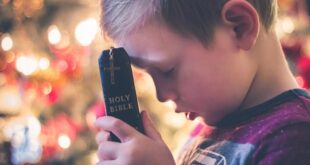 Sharing the Gospel with kids can be harder than explaining it to adults. Click here to learn how to do it yourself at home during quarantine