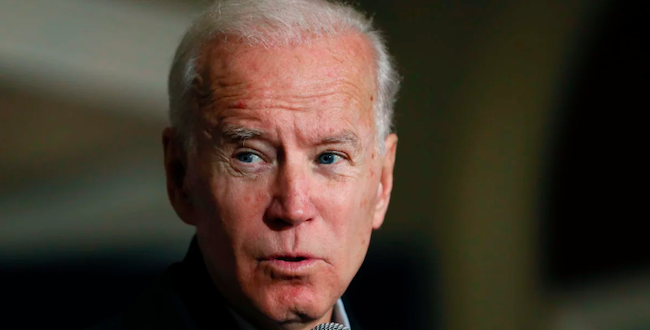 During his inaugural address, Joe Biden made the bold claim: “Democracy has prevailed.” Not to be a party pooper, but isn’t the jury still out on that one?

Don’t get me wrong. I voted for Joe Biden, because I favored him over the chief alternative. But I have at least three problems with this statement, and I feel I should share them.

(1) At the time of this writing, Biden has been in office for just over a week. Such a huge “prevailing of democracy” could not possibly have taken place in such a short period of time — let alone on the single day of Jan. 20.

(2) The statement subtly equates Joe Biden with “democracy” and his winning a single election with the “prevailing of democracy.” That’s a rather grandiose suggestion. To one who disagrees, it might be taken as arrogance.  Had Trump been the victor, no doubt somebody in his orbit would have also quipped: “Democracy has prevailed.” Neither party has the monopoly on democracy.

(3) The statement is divisive. Our president basically just told everyone in the Republican Party that they are undemocratic. While I personally did not vote for Trump, I do not see such a statement as being in line with Biden’s intention to unify the country.

Also, the amount of celebration I have seen coming from those who embrace the Left without reserve has been, in a word, insensitive. While millions of Americans are thinking that a great purge has begun, and that Cancel Culture and the Far Left will remove freethinking from our national consciousness, it doesn’t seem quite kind of us to be celebrating.  (Even if we are right.)

In my opinion, Joe Biden stands a better chance of effecting positive change than did his predecessor. I also will unabashedly insist that Biden is the one whose words upheld democratic principles during his campaign, as opposed to those of his chief opponent. But let’s please not make the mistake of thinking that we are out of the woods.

If anything, we need to be more careful now than ever.

Of course this is only my opinion — even if my opinion is right. Even if my words were of absolute truth, they are still only my opinion. I cannot know, in the fallibility of human flesh, that these words can very closely reflect such an absolute. They only reflect the spirit of a person who is continually seeking the truth — and who believes he knows where to find it.

The truth is found in the Holy Bible.

Truth is found in many places. Personally, when I am seeking it, the first place I look is the Bible. And this is what I have found:

“Do not gloat when your enemy falls, and do not let your heart rejoice when he stumbles, or the LORD will see and disapprove, and turn His wrath away from him.” — Proverbs 24:17.

Even if everything someone had ever done was completely reprehensible, that person is still eligible for redemption as long as they are walking on this earth. Even if one’s enemy were completely evil, it would still be distasteful to rejoice or gloat over having defeating them.  Do we sulk and pout when we lose? Do we say mean things about the person who beat us out? No — this is called being a bad sport.  So why exult in our victories?   Isn’t that equally unsportsmanlike?

“The king’s heart is a waterway in the hand of the Lord.  He directs it where he pleases.” — Proverbs 24:1

That statement is universally true. It reflects a biblical absolute, and it is not dependent upon the political affiliation of a governing authority. Likewise, it was as true for our last president as it is of our current one. God directs the movements of world leaders in order to ensure the ultimate accomplishment of His plan.

“So the one who thinks he is standing firm should be careful not to fall.”  — 1 Corinthians 10:12

We are not to rest on our laurels. In my experience, as soon as I think I’ve got it together, the fall is just around the corner.

“For exaltation comes neither from east nor west, nor out of the desert, but it is God who judges; He brings down one and exalts another.”  — Psalm 75:6-7

Paraphrasing this, whoever rises to power comes from neither from Left nor Right, nor anywhere in between. It is God who reigns, and who issues the ultimate decree in all such matters. In a way, therefore, we can all be comforted. We can do our part – without needing to carry the burden of the world on our shoulders. Our own part is to seek the truth – in whatever manner we may choose to seek it – and to embrace it.

Our part — in my opinion — is to internalize that which is true, and eschew that which is not.  This is how we grow and become authentic.  We become our true selves, if you will, free of hypocrisy and deceit.

If everybody did this — in my opinion — we would truly be united.  We would be united in celebration of the very diverse and colorful people whom we are.   And yes, we would remain diverse — but we would not be divided.

Previous Ask An Eastern Orthodox Christian: Conversion Process
Next Some Baptist pastors are calling Kamala Harris ‘Jezebel.’ What do they mean?