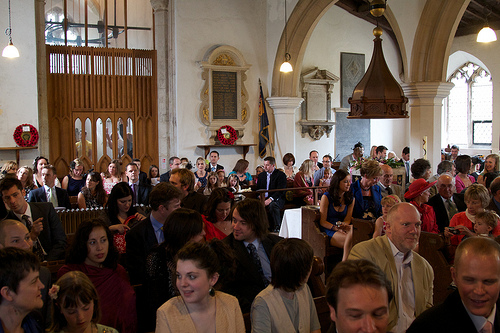 Diversity in the Pews: 7 reasons why you should care

This is part two of a three-part series on segregation and church. Read part one here. 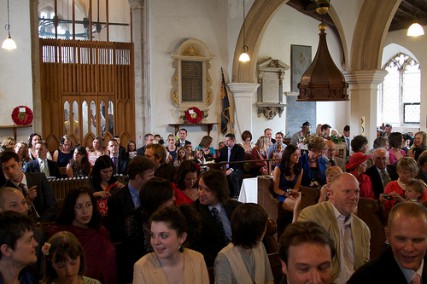 Statistically, church segregation is common as 93 percent of churches are uniracial, meaning their membership is at least 80 percent of one racial group. Going beyond numbers, Rodney McAuley, director of community and church engagement for Spokane Youth for Christ, and Russ Davis, pastor of leadership development, teaching, and administration at New Community Church, offer seven reasons why people should want to do something about church segregation.

1. True representation of the body of Christ.
“The universal church of Christ is a very eclectic multi-racial body,” Davis said.

The more diverse the church is, the more it pictures the true universal body of Christ, Davis said.

2. Benefits to the church community.
Other cultures add to the worship community in a powerful way, Davis said.

“For quite a while New Community had multiple people from the refugee community coming in and what they brought to our community created a richness and a fullness that could be had no other way than by their involvement,” he  said. “We lose something I think as a community when we don’t interact together.”

3. Jesus desires unity.
In John 17, Jesus prays to the father one of his greatest desires for his people- unity.

“He says that when the church is unified, when there is this unity, this love, this interconnectedness, among all His people, that the world will know who I am,” Davis said. “I think a big problem is the world doesn’t know and it doesn’t know because it is not seeing a unified church. That is not to mean that everybody in Spokane is in one service together. But if we are not caring for one another’s problems, if we are not dealing with one another’s issues, if we are not there to support other fellow brothers and sisters in Christ, then I am not sure our expression of what God’s desire is will ever become a reality and I believe that is what we are called to.”

5. Model the Kingdom of God on earth.
“Ultimately, the kingdom of God will be a kingdom where all people, all nations, all tribes and all tongues will bow before God and worship Him,” Davis said. “If that is what will ultimately happen, why are we not intending to reflect on earth what will be in Heaven? Jesus prays in Matthew 6 that God’s will be done on earth as it is in heaven. In heaven, there is this interconnected global multicultural beautiful expression of the body of Christ and we should mirror on earth as much as we can this as it will happen in heaven.”

7. Church segregation affects individuals who are not involved in church.
“Statistically and every other way it has been proven the church and other religious organizations and non-profits are some of the most effective and with the most significant means to affect people and to help bring relief,” Davis said. “The religious sector has a significant impact on societal change. If I don’t know my brother or sister’s problem, then I am ignorant to the need, and if I am ignorant to the need then how do I go about change? I think church segregation dramatically affects people, but it’s a trickle down effect. I think if you begin to see churches that are more multicultural, than what you see is a better representation of the city and then you see an openness to the needs of people who are in a demographic or ethnic group different than yours.”