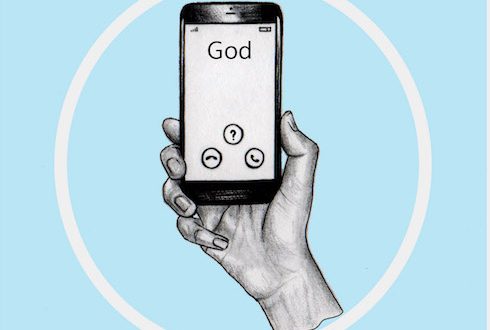 Digital Advancements and The “Nones”

Growing up in the early- to mid-2000s, my childhood was both traditional and novel: on many days, my siblings and I rode scooters in our cul-de-sac and created stick homes for lonely bugs, but on other occasions, we spent hours sitting at the computer, communicating in chat rooms with our school friends on Webkinz, Club Penguin, and other platforms. I am one of many “digital natives” whose upbringings are notably non-traditional compared to the lives of our parents. I cannot remember a time in my life without Internet access, and was a proficient typer and “Googler” by fourth grade.

I sometimes wonder if my technological fluency has also influenced my status as a “none,” a term I gleaned from an American Christianity course two years ago. The “nones” — not to be confused with “nuns”, which initially caused some puzzlement in the class — represent the growing number of Americans who identify as agnostics, atheists, and/or are unaffiliated with any religious traditions. According to General Social Survey data from 2018, about 23 percent of Americans claim no religion when asked “what is your religious tradition?” The Pew Research Forum offers extensive research on America’s religiously unaffiliated: in a 2018 study of religiously unaffiliated Americans, Pew researchers found that the most common reason for their religious attitude (or lack thereof) is their questioning of religious teachings, followed by a personal opposition to political and/or social stances taken by religious institutions. Pew also reported a decline in Christianity: 65 percent of Americans considered themselves Christian in 2018 and 2019 surveys, down 12 percentage points over the past decade. Comparatively, religious “nones” have grown from 17 percent in 2009 to 26 percent and represent multiple demographic groups based on gender, race, geography, and level of education.

In my American Christianity class, our professor — Jesuit priest the Rev. Tim Clancy — proposed a relationship between our faltering religiosity and digital advancements, given their ability to disrupt the meaning, structure, and pace of our lives. Constructively, however, he also argued in favor of the potential for digital platforms to facilitate religious experiences: for example, facilitating church services on Skype or live-streaming a religious ritual to be experienced in one’s living room.

Personally, I cannot imagine having a profoundly spiritual experience through a computer or phone screen. Even as a “none,” identifying more strongly as an agnostic, I connect with a more spiritual, transcendent version of myself through drawing, painting, reading, and in relationships with other people. I wonder, then, if digital nativism is not necessarily responsible for the downfall of religion, but rather a catalyst — and a challenge — to complicate and expand the definition of religion.

Stealing another “Clancy-ism,” Fr. Clancy defined a religious person as anyone who holds something sacred. He argued that this definition applies to anyone human, as we all hold something “sacred,” or at least precious, in our lives: family members, a pet, a favorite sweater, a ritualistic morning coffee. Certainly, I see digital outlets — particularly social media — distracting from the meaning we would otherwise find in tangible people, experiences and objects. On the flipside, I hope my generation can harness its unique ability to learn about religions, cultures, and associated peoples and beliefs through digital resources. YouTube, Wikipedia, Google Scholar, even Twitter (although this is questionable) have gifted me connections, insights, and perspectives that I can share, deconstruct, and hopefully understand in “real-time” conversations with friends and strangers.

Yes, I am a biased member of Generation Z, but I contend that the digital does not have to be the devil. Used thoughtfully and intentionally (which, I recognize, is not always the case), digital outlets have the capacity to share and facilitate fruitful conversations on why we do or do not share certain beliefs and practices – or the same definition of religion – as preceding generations.

Your financial support allows FāVS to continue to publish columns like this. Please consider making a donation today.

Previous As Amazon synod closes, bishops ask the Pope to allow some married priests
Next Joshua and the Battle of Jericho—Did it Happen as the Bible Records?