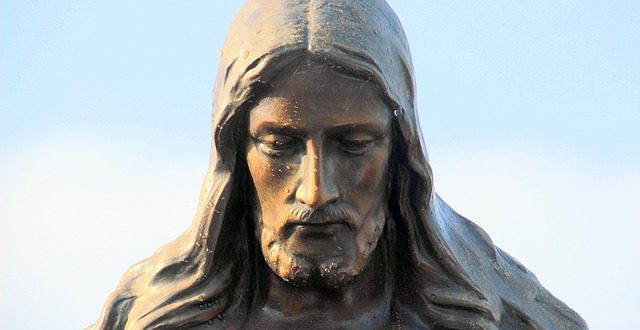 Did Jesus ever doubt?

Did Jesus ever doubt?

Somebody messaged me the other day saying they had a “religious conundrum” they wanted to run past me. I told them I wasn’t sure I could be of much help, but that I would be happy to entertain their conundrum. It was then that they asked me: “Did Jesus ever doubt?”

“Yes,” I answered. “He doubted because he was human.”

Then, I cited two instances where I believe Jesus expressed doubt. One was the famous event at Gethsemane, when he prayed that, if it were possible, the cup might pass from him. He also prayed: “Not as I will, but as you will” (Matthew 26:39). The way Jesus distinguishes himself from the Father may seem to contradict one of the more notorious of his statements: “I and the Father are one” (John 10:30).

However, as I told my friend, Jesus was both fully human and fully divine. He was human, born of his mother, and divine, born of God the Father. The human part of him doubted. Thus, he spoke: “Not as I will, but as you will.”

But what did he doubt? I don’t believe He doubted God’s sovereignty. He knew he was about to be subjected to brutal torture, whipped, beaten and nailed to a cross for hours on end, culminating in the death of his human body. Naturally, this made him afraid. So, in my opinion, what he doubted was his own ability, as a human being in the flesh, to handle it.

As he neared death, after hours on the cross, he cried out: “My God, my God, why have you forsaken me?” (Matthew 27:46, Mark 15:34) He was so near to death by this time that he envisioned the separation of his spirit from his body, and his highly weakened human self was despairing. But after a period of time, he said something else: “Father, into your hands I commend my spirit!” (Luke 23:46)

The way I read this, Jesus had a moment of doubt, feeling that God had forsaken him. But as he overcame that doubt, he gained in faith.

Consider also where the words of his question originated. Psalm 22, a psalm of David, begins with: “My God, my God, why have you forsake me?” It goes on to describe a situation not unlike Jesus’ agony on the cross — even though the psalm is attributed to King David, who lived many centuries before Christ.

“I am poured out like water, and all my bones are disjointed. My heart is like wax; it melts away within me.” – Psalm 22:14

This could easily describe a state of agony our Lord was experiencing at the time.

“For dogs surround me; a band of evil men encircles me; they have pierced my hands and feet. I can count all my bones; they stare and gloat over me. They divide my garments among them and cast lots for my clothing” – Psalm 22:16-18

These verses enter a level beyond speculation. The Lord’s hands and feet actually were pierced, as he hung crucified. The centurions actually did divide his garments and cast lots for his clothing. These words, written long before the crucifixion, depict a very similar, very challenging event.

However, David begins to call upon the Lord, despite his initial despair.

As the psalm progresses further, David changes his mind about his God having forsaken him.

“For He has not despised or the torment of the afflicted. He has not hidden His face from him, but has attended to his cry for help.” – Psalm 22:24

Then the rest of the Psalm is full of expressions of praise and thanks to God.

Could it be that after Jesus expressed his moment of doubt on the cross, he silently recited the words of Psalm 22 within himself? Could he possibly have gone through the same progression — from doubt to faith to prayer, and finally to praise?

I don’t doubt it. This is a progression we believers are called to enact. Our first reactions are always in the natural, or in the flesh. In order to do the right thing, we need to effect a progression from natural to spiritual — that is, unless the right things have become ingrained in our beings.

As Jesus returned to a position of faith, as the psalmist had done long before him, he then took a leap of faith: “Father, into thy hands I commend my spirit!”

Jesus was humanly compelled to sin as we all are, yet he remained free of the sins he was tempted to commit (Hebrews 4:15). Had he yielded to sin, had he acted on his doubts, he would not have been able to die on the cross for all the sins of humanity.

Previous UNDERSTANDING PRAYER: Haven’t got a prayer … or do we?
Next YWCA Spokane to Present Roundtable Discussion: Kids, Caregivers, COVID & Trauma