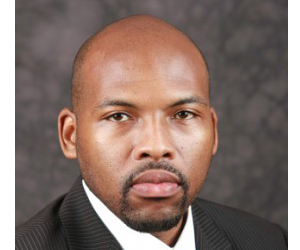 Florida Atlantic University has apologized and says Ryan Rotela will not be punished.

Ryan Rotela, a devout Mormon attending Florida Atlantic University at Davie, Fla., was suspended from his intercultural communications class for refusing to stomp on a piece of paper with the name “Jesus” written on it, CBS affiliate WPEC reported Thursday.

According to WPEC, the class was conducting an exercise that was spelled out in the textbook, “Intercultural Communication: A Contextual Approach, 5th Edition.”

Fox News' Todd Starnes obtained a synopsis of the lesson.

While some in the class completed the exercise, Rotela did not, citing his religious convictions.  He wrote “Jesus” on a piece of paper and placed it on the floor, but that was as far as he would go.

“He had us all stand up and he said ‘stomp on it,’” he said. “I picked up the paper from the floor and put it right back on the table.”

According to Starnes, Rotela told his instructor, Deandre Poole, that the exercise was insulting and offensive.

“I said to the professor, ‘With all due respect to your authority as a professor, I do not believe what you told us to do was appropriate,’” he told WPEC.  “‘I believe it was unprofessional and I was deeply offended by what you told me to do.’”

“Anytime you stomp on something it shows that you believe that something has no value. So if you were to stomp on the word Jesus, it says that the word has no value,” he added.

Two days later, Rotela spoke to Poole's supervisor and learned that he was suspended from the class.

The school defended the action against Rotela.

“Faculty and students at academic institutions pursue knowledge and engage in open discourse. While at times the topics discussed may be sensitive, a university environment is a venue for such dialogue and debate,” the college told WPEC in an email.

“As with any academic lesson, the exercise was meant to encourage students to view issues from many perspectives, in direct relation with the course objectives,” Noemi Marin, director of the school of communication and multimedia studies, said. “While at times the topics discussed may be sensitive, a university environment is a venue for such dialogue and debate.”

Making matters worse, the instructor involved was identified as the vice chair of the Palm Beach County Democratic Party, a tidbit not mentioned by the local media in the original report.

In his report at BizPac Review, Tom Tillison said that Poole's actions “add fire to an already-disturbing pattern of hate coming out of the local party.”

Reaction to the incident was swift and furious, with some alumni expressing anger with their alma mater.

“Perhaps I'll burn my FAU diploma and mail the ashes to them, symbolizing what they are worth these days,” one reader said.

Others wondered what would have happened if the instructor used another religious figure, like Buddha or Mohammed.  Starnes said the college did not explain why other names were not included in the exercise.

According to WPEC, FAU did not say if the instructor would face any disciplinary action.