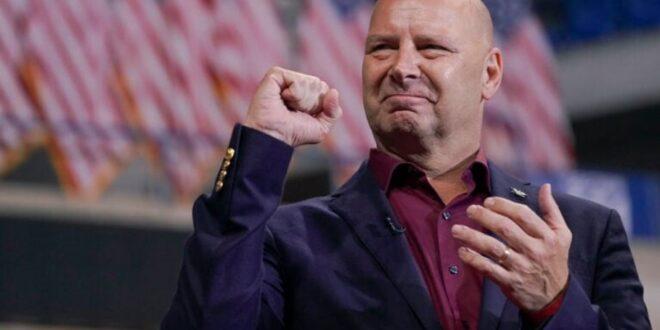 ‘Winning a race like Mastriano’s in Pennsylvania, leaning on Christian nationalism, is harder than, perhaps, a congressional seat in the South,’ said sociologist Andrew Whitehead.

Pennsylvania state Sen. Doug Mastriano’s bid for governor wasn’t exactly an effort many of his fellow Republican candidates were looking to emulate. He oversaw a campaign that shunned the mainstream media, spent little on traditional advertising and didn’t raise much cash to do so.

It was an unorthodox approach that appears to have fallen far short of a winning formula: On election night on Tuesday (Nov. 8), multiple news networks declared that Mastriano lost to his state’s attorney general, Josh Shapiro.

But political operatives were keeping an eye on Mastriano for at least one reason: how the Pennsylvanian deployed Christian nationalist themes to secure the hard-line religious right base. Mastriano broke out of the Republican primary pack by cloaking himself in one of the most vocal strains of Christian nationalism: anti-pandemic restrictions, pro-conspiracy theories about the 2020 election and dubious of separation of church and state.

With Christian nationalism on the rise in this election cycle, Mastriano’s campaign became a test case for the maximum bet on the ideology.

As the GOP nominee, Mastriano rejected the label of Christian nationalist, but he regularly sprinkled his speeches with religious references — one of his campaign slogans, “Walk as a free people,” is a reference to the Gospel of John. When a rainbow appeared in the background during one of his final stump speeches, Mastriano’s campaign framed it as a sign from God. With Christian nationalism on the rise in this election cycle, Mastriano’s campaign became a test case for the maximum bet on the ideology.

But now that Mastriano’s campaign is grappling with defeat, what does his loss say about the purported surge of Christian nationalism among Republicans?

Samuel Perry, a University of Oklahoma sociologist and co-author of “The Flag and the Cross: White Christian Nationalism and the Threat to American Democracy,” argued that Mastriano’s campaign represented more of Christian nationalism’s fringe than of its broader appeal.

“His public appearances are bizarre, his statements are extremist,” Perry said in a statement to Religion News Service, “and some of his known associates (like Gab CEO Andrew Torba) would be radioactive to most Americans.”

Even so, Perry said, Mastriano’s win in the gubernatorial primary speaks to the power wielded by Christian nationalism’s hard-liners.

“The fact that he hasn’t been blown out of the water since day one tells the radical Christian nationalist fringe — the kind that would support arresting women who have abortions, or overturn Obergefell, or institutionalize Christian supremacy — that their views are finding resonance among enough people to where they can just keep trying,” Perry said.

Anthea Butler, chair of religious studies at the University of Pennsylvania, agreed that despite his poor showing on Election Day, Mastriano’s loss is unlikely to stop appeals to Christian nationalism. “I think we’re just at the beginning of this effort, given the recent books and talks that evangelicals have been promoting,” Butler said in an email.

Butler noted too that Christian nationalism will get a boost if former President Donald Trump enters the presidential race. In recent days Trump fed expectations that he will announce a third White House bid as soon as next week.

“The embrace of Christian nationalism works well with MAGA, and with Trump’s potential announcement for President, I don’t think that it is going to go away any time soon,” Butler said. “Mastriano is just one of many candidates who find purchase with Christian nationalism.”

Andrew Whitehead, a sociologist who wrote 2020’s “Taking America Back for God: Christian Nationalism in the United States” with Perry, said the power of Christian nationalism may be better judged among smaller constituencies.

“Winning a race like Mastriano’s in Pennsylvania, leaning on Christian nationalism, is harder than, perhaps, a congressional seat in the South,” Whitehead said.