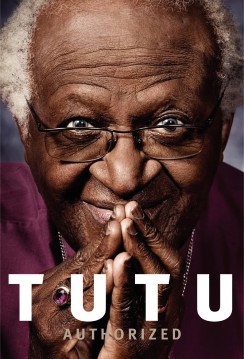 Tutu has been a voice for justice, peace, truth and reconciliation throughout his ministry. He retired from public life in 2010 but accepted Gonzaga's invitation after being inspired by the global activism of Gonzaga's students, faculty and alumni, he said.

“I am always inspired and awed by the idealism and altruism of young people. I was swept off my feet at the projects they described in the [Gonzaga students magazine] One World. So I am honoured to accept your kind invitation . . . to share in your 125thyear celebrations and 2012 Commencement exercises,” Tutu wrote.

Tutu retired as archbishop of Cape Town, South Africa in 1996. In 2010, the Archbishop Emeritus announced he would limit his public appearances to spend more time with family. He is scheduled to speak during graduation at 10 a.m., May 13 in the Spokane Veterans Memorial Arena. 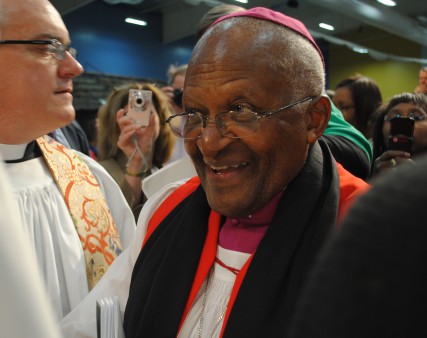 Admission is by invitation-only to ensure adequate space for Gonzaga's graduating seniors and their families.

McCulloh said he is delighted to welcome Archbishop Tutu to Spokane as part of Gonzaga's125thAnniversary celebration. McCulloh, in his correspondence with the archbishop, recalled his time as a Gonzaga undergraduate as Tutu and Nelson Mandela waged a South African anti-apartheid battle on the world stage.

“As an undergraduate during the mid-1980s, I was actively involved with our own campus efforts against apartheid in South Africa,” McCulloh wrote. “Many of us watched your tireless efforts from half a world away and were overjoyed when you received the Nobel Prize for Peace. Years later, my awareness of that time led me to visit Cape Town as part of our recent efforts to connect our students with opportunities for study abroad in Africa.”

McCulloh described Tutu as “a living exemplar of Gonzaga's historic commitment to the ideals of equality and a free society as a Catholic, Jesuit and humanistic University,” McCulloh said.

“We are honored and humbled thatArchbishop Tutu has chosen to be with us and our graduates for Commencement.He is certainlyamong the most prominent moral icons of our time.”

He do we get in to this? It would be amazing to hear him in person. He is a mentor for my ministry.

Unfortunately because of limited space, it’s only open to graduates and their guests…

[…] of Catholics, Gonzaga made big news last week when the university announcedArchbishop Desmond Tutu (not a Catholic) would be the keynote speaker for the undergraduate commencement ceremony in May. But you better be attached to a graduate if you […]

I don’t know, but SpokaneFAVS will be there and will have lots of stuff to post!

Will Gonzaga tape & release/post the remarks?