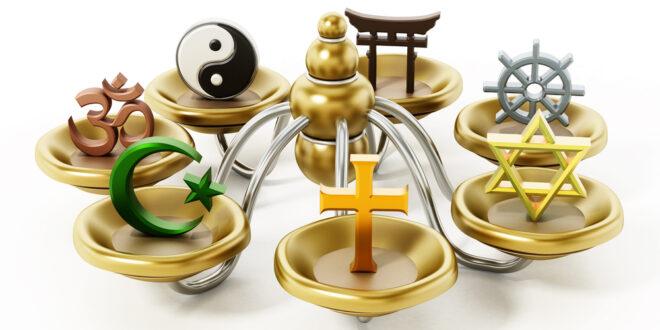 Last week Walter Hesford shared his “Confessions of a Denominational Snob,” on FāVS, and Allen Maller explored “From first to last of the Abrahamic Prophets: Abraham to Muhammad” in The Times of Israel.

That basic message is clear, as demonstrated briefly in 1914 by opposing European warriors who put aside weapons for a spontaneous Christmas truce at multiple locations along World War I battle lines. They exchanged seasonal greetings, spoke in many languages, shared food and sang carols. That unofficial truce was short-lived, as were many participants. Four more years were required before armistice concluded “the war to end war.”

Hesford describes visiting churches of many denominations. His preference for denominations, as opposed to nondenominational churches, is that the former are “deeply rooted in historic theological knowledge and worship practices.” I relate to Hesford’s theological wanderings because they somewhat mirror my own.

At 17, I embraced agnosticism because I couldn’t understand why deeply rooted theological practices don’t agree. My understanding of theology suggested there is only one God. Why so many denominations to worship that sole Source?

Hesford suggests denominational differences arise from differing theological understandings and how those perspectives are implemented. Perhaps we are entering “a post-denominational era.”

Maller’s discussion of the Abrahamic prophets provides insights beyond Christian theology. As a Jew, Jesus was steeped in Old Testament lore. At age 12, he was found “in the temple, sitting in the midst of the doctors, both hearing them, and asking them questions. And all that heard him were astonished at his understanding and answers.”

Christ was able to distill arcane Jewish theology to create a new revelation intelligible to illiterate fishermen. They not only understood; they propagated Christ’s message such that today Christianity is the world’s most widespread faith, even as it acknowledges its Judaic foundations.

The Quran continues this prophetic tradition. It was revealed to illiterate Muhammad and recorded by scribes as he spoke words sent by God. Many Muslims believe Muhammad was the “Seal of the Prophets,” that Muhammad ended the prophetic cycle beginning with Abraham, and that there will be no more prophets.

The Bible promises an unending covenant between God and man, God’s commitment never to leave humankind alone. That original covenant is symbolized by the rainbow: “I set my rainbow in the cloud, and it shall be for the sign of the covenant between me and the earth.” The succession of God’s prophets over millennia fulfills that promise.

God’s message is “updated” periodically through “Manifestations of God.” Abraham and Moses appear in the Old Testament, Christ in the New Testament and all within Muhammad’s Quran. Baha’is believe other manifestations include Krishna, Zoroaster and Buddha.

In the New Testament, Jesus confirms Old Testament Manifestations. The Quran further validates these Manifestations, retelling Biblical stories through Muhammad’s revelation. Evidence in these and other holy books can be found pointing to the latest Manifestation of God, Baha’u’llah.

Baha’is believe God has spoken once more, this time to modern society. Moreover, He’s done it twice, first with the Bab, “The Gate,” then Baha’u’llah, “The Glory of God.” The Bab’s mission, beginning in 1844, was to prepare the way for Baha’u’llah, who would unite all humanity and usher in an era of global peace and unity. Despite current evidence to the contrary, historical trends point toward the possibility of global peace as denominationalism and similar factionalisms disappear.

As prisoner in the Holy Land, Baha’u’llah assured a visiting British scholar:

“We desire but the good of the world and happiness of the nations; yet they deem us a stirrer up of strife and sedition worthy of bondage and banishment…. That all nations should become one in faith and all men as brothers; that the bonds of affection and unity between the sons of men should be strengthened; that diversity of religion should cease, and differences of race be annulled—what harm is there in this?… Yet so it shall be; these fruitless strifes, these ruinous wars shall pass away, and the “Most Great Peace” shall come…. Is not this that which Christ foretold?… we see your kings and rulers lavishing their treasures more freely on means for the destruction of the human race than on that which would conduce to the happiness of mankind…. These strifes and this bloodshed and discord must cease, and all men be as one kindred and one family…. Let not a man glory in this, that he loves his country; let him rather glory in this, that he loves his kind….”