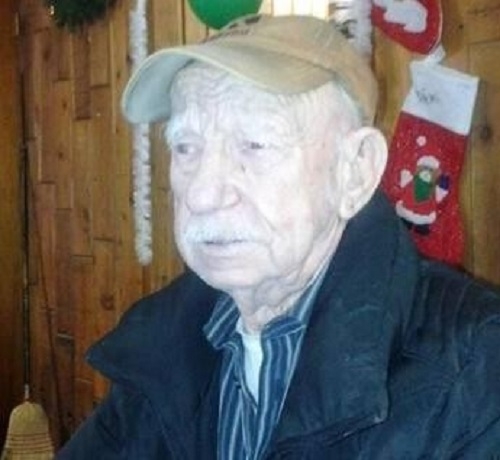 As citizens of the greater Spokane/Coeur d’Alene community we have been visited with senseless violence once again. Delbert “Shorty” Belton of Spokane was beaten to death Wednesday night, Aug. 21,  in the parking lot of the Eagles Lodge as he waited for a friend. Two teenage boys have been arrested and could be charged with is death.

Belton, by all accounts was a gentle man who returned to Spokane after World War II, in which he was wounded, to live like many vets who returned after the surrender Japan.  He went to work, participated in his community and made friends whom all count his friendship a treasure.  Belton was an asset to our community and someone whom most people would find to be just another old guy. He was 88 years old when he died.

The media has made it a point concerning his service to his nation in WWII, and some evening television reporters have said things like: “Shorty returned home, only to lose his life at the Eagles Lodge at the hands of two youth.” Belton returned home over 60 years ago, I don’t know that the fact that he served in WWII is poignant.  He was a victim of senseless violence.

Thousands upon thousands of men and women served their nation and their neighbor during the years of the Big One, it is safe to say that hundreds of them have lost their lives to senseless violence as well. Many more thousands served their nation “state side” as farmers and industrial workers, working in field and factory to keep the machinery going that defeated fascism in the world. The fact that Delbert Belton died at the hands of someone else is a tragedy, but his life is no more valuable than all of the other lives that have died in similar circumstances around our nation and around our planet. The injustice of Shorty’s death is not enhanced because he served with honor in the military of the United States. Shorty’s death is important because he was a fellow human, someone that we value as a neighbor, not as a vet.

I am thankful for the service of men and women who have either been drafted or volunteered for the military, they are valuable parts of our society. They have risked themselves to protect the principles of this nation. (Now we could have a long conversation about that, but that is not the point here). I am also thankful for the guy that drives the truck that hauls my trash to the transfer station and I am happy to pay a fee for him to do that because I know that vermin and disease are kept at bay by men and women providing this service. I am also thankful for those who teach the children in our schools and the folks who provide moral teaching and life skills in our churches, and pastors who help people make a connection with a being far beyond themselves. All of these folks are valuable, not because of what they do, but simply because they are…human: and so am I.

We have a problem in this country. We are making idols of the men and women who have served in the military. This is a mantle that is too heavy for anyone to bear. When we become incensed by the death of a vet and that becomes the banner headline when one of them is involved in some newsworthy event, there is a problem. It takes everyone for a society to work, military personnel, shopkeepers, farmers, teachers and medical professionals each one of them important, again, not because of what they do, or have done, but because they are our neighbors and are human.

While we as a society cry at the top of our lungs that a WWII vet was killed senselessly in a brief encounter with violent people, thousands of vets are suffering and dying because our political system cannot come to terms with the fact that to care for people takes money, and that when you put people in theaters of war they come back much like the people and things in the land that we sent them to: broken. Where is the outrage there? Why isn’t the condition of services to vets of our two most recent wars having the press that Belton’s death has received. I suppose that we only idolize harmless old vets and healthy young ones that don’t appear to be broken. We have a problem.

We owe thanks to men and women like Belton who served our nation in a time of war. But there is so much more to the life of Delbert Belton; he was our neighbor. My condolences go to his family and each of his friends who are feeling the acute pain of loss. There is nothing that can be said that will help with that loss. It sounds like he was what I like to call a “steady” fellow. He probably showed up for work 10 minutes early every day and made sure that he gave a full measure of his time to his employer. I am happy to know that he lived in the community I call home, and I am so very sorry that his life was ended the way it was.

Previous Ask An Atheist: Is it contradictory for an atheist to attempt to prove God doesn’t exist?
Next Moving on: Joplin Muslim community moves forward after mosque burns to ground