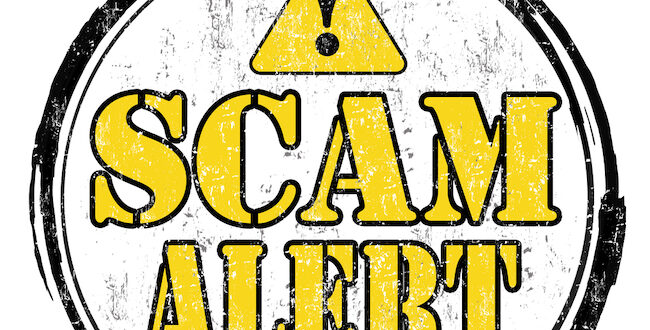 Deceit Can Be Just a Cute Idea Away

When are people being deceitful? Be careful with how you answer because sometimes it’s not so easy to tell. I make that statement considering a long-ago, Halloween experience, which I’ll share more on later, but first here’s an example that COULD fit the definition of deceitful.

Last summer, my wife got a mailing from HGTV stating, on the envelope, “ACTION REQUIRED concerning your subscription.” FACT #1 – We didn’t have a subscription.

Through a window in the envelope you could read, “Credit Adjustment in the amount of  -$89.80.” FACT #2 – When used in financial jargon, ‘credit adjustments’ are most commonly understood as funds going back to a customer, not a discount (as in this case), especially on something you haven’t ordered.

After opening this solicitation piece, I learned my wife was receiving a “SPECIAL OFFER FOR PREFERRED SUBSCRIBERS.” FACT #3 – Again with the ‘subscriber’ gambit when we aren’t one of them?

It’s possible their records incorrectly showed us as subscribers, which would make the ‘deceit’ charge immediately vanish. Another explanation, and one I have firsthand experience with, is they didn’t realize what they were saying was deceiving the recipients into believing something that wasn’t true. How is that possible you say? Let me tell you my Halloween tale.

Our daughter was about 10, and, like most kids that age, loved Trick or Treating. For spiritual reasons, my wife and I decided to stop celebrating the holiday, including our habit of taking our little one out to the neighborhood, and we gently broke the news to her.

We got an immediate sense that, as an adult, she would become a lawyer and work for the ACLU, when she launched into a lengthy discourse about why we shouldn’t and couldn’t do that to her. I regrouped, began looking for a defense, and almost immediately found a ‘perfect’ solution.

I told her we would go out the day after and she could tell people she was with YAATD (Young Americans Against Tooth Decay) and was collecting candy to destroy it. You can Google the organization…it doesn’t exist now and certainly didn’t back in the early 80’s.

She gave me, perhaps, the world’s longest, “Ohhhhhh Daaaaaad” and proceeded to tell me how there was no way that would work. Somehow, I finally convinced her to give it a try and the next night we headed out.

At the very first house, the person who answered the door was absolutely thrilled that a high-profile non-profit group was helping her family rid themselves of calories and potential tooth decaying candy and she dumped so many tricks into our girl’s bag that I didn’t think she’d be able to carry it to the next home.

Our daughter did manage to make it next door and, surprisingly to me, saw the same result. There was so much sweets after only two stops that I thought it might be necessary to go back home and get the car so we could load all our booty in the trunk.

It wasn’t long after that I realized people were believing our story and that’s when it hit me. If I’m aware that saying something ‘untrue’ will get people to act a certain way I want, that’s a perfect definition of deceitful. With an uncomfortable feeling, I turned to our precious child, who was having the Halloween of any kid’s life, and told her we couldn’t continue our little ruse.

She didn’t ‘Oh Dad’ me this time. She flat out told me we couldn’t stop because she was getting too much sweet stuff and it just wasn’t fair. What was I to do?

Coming up with my best ‘crazy, non-sensical’ idea ever (according to her), I told her we’d just tell people that she hadn’t been out the night before and if they had candy they didn’t want she’d be glad to take it. Her look said, she didn’t believe for a second that would work but for some reason she gave it a try.

The first house she tried the truth on gave her more candy than any of the previous homes and I was instantly in the running for the ‘Greatest Dad Ever’ award.

If living an ethical life is important, and I argued it is in a recent Ask an Evangelical article, we don’t want to be guilty of deceiving others and therefore, we have to be pretty careful about the word choices we make.