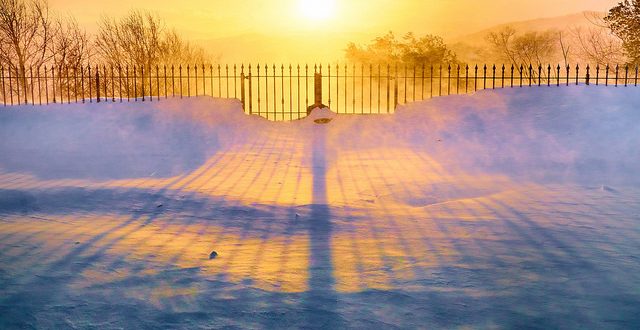 “When I go to Heaven, I really want you to be there with me. But I don’t think you’re going to Heaven.”

That’s what a friend told me at a little coffee shop when I was 16. I had never picked up a Bible or walked into a church. I had two thoughts.

And so began a five-year rough and tumble journey into evangelical Christianity.

Something in my spirit never felt settled.

As I began to think of marriage in terms of submission and headship, I compared my feminist convictions with this complementarian view and found the justifications for the different-but-equal marital roles unsatisfying.

As I tried to convert my friends who didn’t call themselves Christians, I felt manipulative. I resisted urges to like them, reminding myself that nothing good lay outside of Christ.

As I adamantly fought for creationism over evolution, I read Genesis and thought, “This sounds like a fairy tale.”

As I squashed sexual desires, I searched for evidence in the Bible that premarital sex was sinful so that I could have a waterproof defense when battling my own body, but I couldn’t find a tight argument.

As I tried to prove other religions wrong, I heard quotes from Buddhism, Judaism and Islam that sounded both wise and loving.

As I felt relieved knowing I would go to Heaven because I believed in Jesus, I also felt terrified that my belief might waver at the wrong moment. If I died in a moment of unbelief, would I lose my spot and go to Hell? I used every ounce of mental energy I had to stay vigilant. I told myself those doubtful thoughts were the devil – the stronger my faith grew, the stronger his attacks would become.

But my faith didn’t feel strong; it felt fragile. I found myself panicked with daily thoughts of hellfire. Believing in Christ was supposed to be freeing, but I felt trapped.

The end of the story is that I escaped my mental jail cell without losing my faith. But it wasn’t immediate or simple. It was a complicated process that involved trauma, unconventional theology classes, and listening to the unexpected, still, small voice of the Holy Spirit.

I’m starting a series of columns about how I got there, which will focus on 10 rules that profoundly directed my life when I considered myself an evangelical Christian. Not in any particular order, they were:

1) The Bible is inerrant or infallible (100 percent without error).

2) The Bible should be taken literally.

4) Women should submit to men in ministry and marriage.

7) Christ was literally born of a virgin, died in place of the rest of humanity (because humanity was to be punished for their sins), rose from the dead, and will one day re-enter history in the Second Coming. This is to be believed historically and personally.

8) The only way to get to Heaven is to believe in Jesus Christ as your Lord and Savior. If you do not believe, you will suffer eternally in Hell.

9) Christianity is the right religion; therefore, other religions are wrong.

10) It is the primary job of the Christian to evangelize.

Wherever you’re at in your faith, Christian or otherwise, I invite you to explore and question these concepts with me in future posts.

Previous Ask a Buddhist: Am I a Buddhist?
Next ‘Glitter Ash Wednesday’ sparkles for LGBT Christians and others