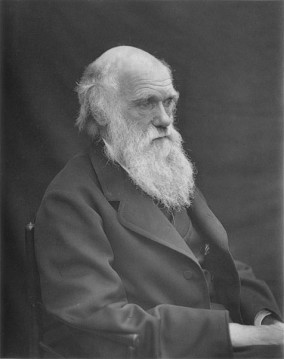 The life and legacy of Charles Darwin will be the focus of a display slated to appear on the third floor of the River Park Square shopping center in downtown Spokane on Feb. 11 and Feb. 12.

In addition to the display, a public talk will be given by Mark Alfino, professor of philosophy at Gonzaga University. His presentation will be at 3 p.m. on Feb. 11 in at the downtown branch of the Spokane Public Library. Alfino's talk, “Darwin for Everyone,” will explore the impact of Darwinian thinking on philosophy and the human sciences. “(I hope it will) demonstrate how our everyday thinking can and should be influenced by Darwinian thinking,” Alfino said.

The Spokane Secular Society, a member group of the Spokane Coalition of Reason (the organization that ran a series of “Good Without God” billboards on buses back in September) is sponsoring the display and talk, which are part of Darwin Day, an international celebration of science and humanity held annually on or around Feb. 12, the day that Charles Darwin was born on in 1809.

“We want to show people who Darwin was, what he discovered, and how that discovery is relevant to their lives,” said Thomas J. Brown, the president of the Spokane Secular Society. “Darwin Day isn't about science versus religion, it's about improving humanity through knowledge.”

Brown describes the display as a series of panels that illustrate Darwin's life leading up to his trip on H.M.S. Beagle, his discovery of descent with modification, and how that discovery has been applied to scientific knowledge. 2012 will not be the first year that Darwin Day is observed in the Inland Northwest. Last year the Spokane Secular Society hosted a talk by local writer Jim Downard at Auntie's Bookstore, and Eastern Washington University has been celebrating the Internet-based holiday since 2009 with an annual cake baking competition. For more information, visit The Spokane Secular Society online.

Previous Should a presidential candidate’s religion matter to voters? Why or why not?
Next Tuesday’s Religion News Roundup: Transformers, Santorum, the Onion