“The day of judgment is here; your destruction awaits!
The people’s wickedness and pride have blossomed to full flower.
Their violence has grown into a rod that will beat them for their wickedness.
None of these proud and wicked people will survive.
All their wealth and prestige will be swept away.”
Ezekiel 7:10-11

Netflix’s Daredevil series is one of the few shows I’ve ever watched that handles faith in a believable, adult way. Its main character, Matt Murdock, is a Catholic superhero whose faith journey is part of the narrative arch of the show.

“Matt Murdock is, I think, one of the most, if not the most, religious characters in the Marvel universe. His Catholicism is so much part of his being and part of his conflict, I think it would be incredibly disingenuous to attempt to do the show where that’s not a big part of it.”
-Steven S. DeKnight, season one showrunner

Daredevil is authentic in its portrayal of the moral difficulties of violence and the consequences it can bring to all involved, including the innocents caught up in the quagmire. Even though Matt Murdock is committed to not killing, the realities of evil and human suffering are pulling at the fabric of his moral center. This is a show that isn’t afraid to explore the inconsistencies of a defense attorney and crime fighter who follows the rules by day and doesn’t by night. Even though the ‘flawed superhero’ angle isn’t anything new these days, this has a truthful humanity to it that’s as real as the bruises, wounds and labored fighting Daredevil endures.

In modern media culture faith is usually portrayed as some kind of sugary breakfast-cereal that people like but know is killing them. Sure, there’s been some blockbusters in past that have catered to the religiously-inclined but, in general, it’s a dead note in the cinematic scores. Hollywood is attempting to capitalize off the religiosity of Americans with various biblically-inspired movies and shows, but most fail to feel authentic or morally meaningful. Other Christian-produced films struggle with the evangelical drive to make everything a moment of decision. Conservative filmmakers of faith struggle with art as an end in itself, instead they use art as a means to an evangelical end. This moral hijacking or ‘hiding the medicine’ approach leaves many viewers feeling used, uncomfortable or embarrassed. Each year Christian production and acting improves as the slice of the profits gets bigger and bigger but few seem to cut to the bone like Daredevil has managed to do.

Faith and film are meant for each other, especially in a culture that values faith so highly. This is a fact that Hollywood is waking up to, but our cultural commentators still seem to malign or blackout the majority’s value of faith thus showing they are more driven by agenda than the demographics.

Jim Bennett, in an article about the importance of faith in Daredevil, states, “A visitor from Mars who had to learn about humanity solely from the movies would conclude that religion isn’t a big deal on this planet, when precisely the opposite is true.”

Daredevil is a hit series that has no problem talking about the devil, faith and violence in ways that avoid pandering, proselytizing or demonizing.

“Nothing drives people to the church faster than the thought of the Devil snapping at their heels. Maybe that was God’s plan all along … Why he created him, allowed him to fall from grace to become a symbol to be feared, warning us all to tread the path of the righteous.”
Father Lantom | Season 1, Episode 11

In a world where we are witnessing the rise of ancient, cultic, religious barbarism and struggle with the moral means to bring about peace, shows like Daredevil spark important conversations. In season two we are forced to determine the virtues of violence as two vigilantes, Daredevil and the Punisher, disagree with how far one should go to deal with evil.

Matt Murdock(Daredevil): People don’t have to die.
Frank Castle(Punisher): Come on, Red. You believe that?
Matt Murdock(Daredevil): I believe it’s not my call, and it ain’t yours either.
Frank Castle: Somebody ask you to put on that costume or you take it upon yourself? You know what I think of you, hero? I think you’re a half-measure. I think you’re a man who can’t finish the job. I think that you’re a coward. You know the one thing that you just can’t see? You know you’re one bad day away from being me.
Season 2, Episode 3

Frank Castle: Look around, Red. This city, it stinks. It’s a sewer. It stinks and it smells like shit and I can’t get the stink out of my nose. I think that this world, it needs men that are willing to make the hard call. I think you and me are the same!
Matt Murdock/Daredevil: That’s bullshit, Frank, and you know it!
Frank Castle: Only I do the one thing that you can’t. You hit ’em, and they get back up. I hit ’em, and they stay down!
Season 2, Episode 3

Daredevil is rated TV-MA for adult level themes, language and regular and at times brutal violence. It’s not a show for everyone and there’s plenty that will be problematic for some religious types. But it’s a show that has made room for philosophical and theological reflection and explores current cultural issues we all are facing in various degrees. It might not make you a believer, but you will agree it’s more believable than most examples of faith in film. 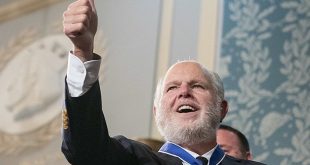