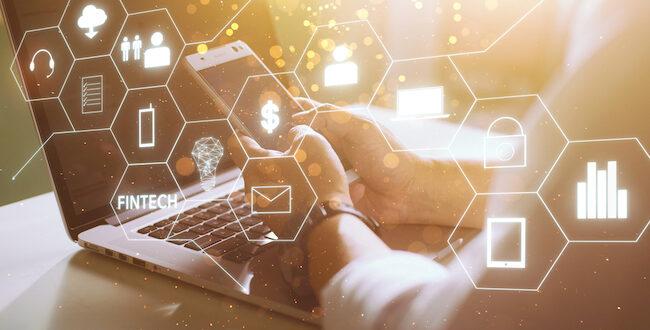 James Lawrence has long sought to work at the intersection of technology and faith, engineering software and developing innovative new products even if clients aren’t always ready to make the leap to new approaches.

Working with Matt Hayes, a business partner he met while the two were serving as Young Life volunteers in San Diego, he launched Mogiv in 2008. The donor platform offered the first product to help churches and ministries accept donations from mobile phones.

“When we rolled it out, some ministries were behind the curve and not even accepting credit cards, which was news to us,” he said, recalling how some pastors debated whether accepting donations by credit card was a potentially sinful activity that exposed believers to spending temptations and possibly going into debt.

“At age 30, I looked around and wondered, what am I supposed to do now?” Lawrence said in a recent interview.

The answer was Engiven, a cryptocurrency donation management platform that Lawrence and Hayes formed in 2018.

“There didn’t seem to be a ton of demand at the time,” Lawrence said. “We asked 30-40 ministries we had served through Mogiv if they had been approached by donors wanting to make crypto gifts. Six to 10 of them said yes, they had.”

By the beginning of 2020, Engiven was working with about 40 clients. Lawrence predicts it’ll be serving 1,000 clients by the end of 2021. Its roster of churches and charities — both religious and secular — includes major groups such as as The Salvation Army, Compassion International, and March of Dimes.

On Oct. 4, the company announced it had facilitated a $10 million Bitcoin donation to a Christian ministry, calling it the largest bitcoin donation known to date. The donor was a devout older man who, like Lawrence, started investing in cryptocurrency a decade ago when a bitcoin could be had for around $100. They’re now worth more than $50,000 each.

Lawrence, Engiven’s CEO, said the size of the gift and age of the donor show that cryptocurrency is much more than a flash-in-the-pan trend favored by millennials, and that sophisticated philanthropists are increasingly using these new currencies.

“A donation of this size marks an important stage in the evolution of Bitcoin as an asset and as a charitable tool,” said Lawrence in a press release. “Cryptocurrency is rapidly becoming a major influence and impact to the nonprofit world.

“While some cryptocurrency donations are made by young crypto millionaires, the reality is that most major crypto donations are coming from investors and philanthropists who own crypto as part of their overall investment strategy.”

Theoretically, churches and nonprofits could create their own digital wallets to receive cryptocurrency gifts. But historically, many groups choose to outsource thornier aspects of philanthropy — like handling non-cash donations and trusts — to a growing number of advisory firms that do the behind-the-scenes legwork, which can be considerable with cryptocurrency.

There are now more than three dozen major cryptocurrencies in circulation, and accepting such gifts requires surviving a gauntlet of legal, tax, banking and compliance issues that challenge nonprofits. MinistryWatch reported on crypto’s challenges for nonprofits this summer. Lawrence recently participated in an ECFA webinar on “Demystifying Cryptocurrency and Blockchain.”

Nonprofits that want to accept cryptocurrencies on their own must set up an institutional trading account with one of the few regulated exchanges and receive a certified appraisal of the gift’s cash value, which can fluctuate widely during the minutes or hours it takes to transact the donation.

Engiven currently offers an automated process that charges donation recipients a 4% processing fee, but large donations can be processed at a discount. New products and services are on the way.

Lawrence knows churches and ministries from the inside. In addition to his work with Young Life, he spent six years in full-time ministry, holding executive positions with San Diego’s Rock Church, founded by former NFL player Miles McPherson in 2000. Lawrence helped roll out the megachurch’s multisite strategy. It now has four satellite congregations.

His experience in church work gave him an intimate knowledge of congregations’ needs and concerns, and he has tried to apply that experience to the intersection of technology and faith.

“Most new technologies are used for negative things,” he acknowledges, “not always life-giving things, and that’s very frustrating.”

“Each technology offers all sorts of good and bad things,” Lawrence said. “With crypto, I thought, this could be used for good, and I need to figure out how to do that.”

This article is republished with permission from MinistryWatch.

Steve Rabey is a Colorado journalist and author who has written more than 50 books on religion, spirituality, and culture. His articles on religion have appeared in The New York Times, Washington Post, Los Angeles Times, Religion Unplugged and dozens of Christian publications. He is a former instructor at the U.S. Air Force Academy and at Fuller and Denver seminaries.

Previous How to Pick the Right Christian College: The 3 Most Important Questions to Ask
Next Turning 40 and learning to be patient about love