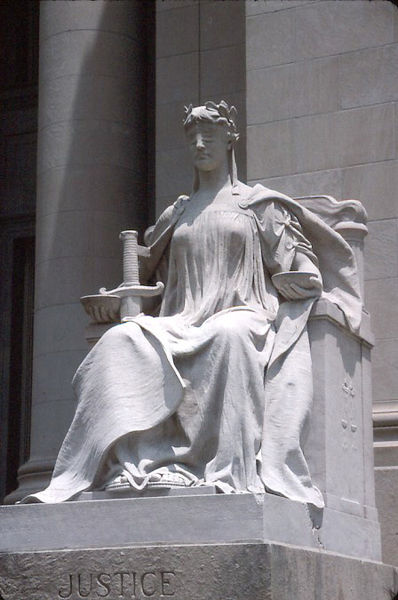 Crimes are society’s way of defining unacceptable behavior. Those behaviors that we choose not to tolerate we make criminal. Then we decide what the consequences will be for violating our norms. There are four major approaches to choosing those consequences. Some call them theories of criminal justice. But some of these are not really about justice. I also choose to avoid the use of the word punishment, as that presumes a certain answer to what I consider one of the fundamental questions.

So I choose to talk about approaches to consequences. The four most significant approaches in the United States tend to be:

Our current system is primarily a retribution approach. You do the crime, you do the time. The ancient principle Lex talionis, is literally a system of retribution, often referred to as ‘an eye for an eye.’  When Washington adopted the Sentencing Reform Act of 1981 it intentionally adopted retribution as its guiding principle. (The preamble to the new law gives lip service to values such as deterrence and reformation, but the approach taken is decidedly retribution.) The number one purpose is to “Ensure that the punishment for a criminal offense is proportionate to the seriousness of the offense and the offender’s criminal history.”

This approach, enhanced by mandatory minimums for using a gun, three strikes you’re out, harsher drug laws and other modifications, have made Washington’s system one of the most punitive and expensive in the history of our state. It seems to me this demands that we ask WHY RETRIBUTION? Because it satisfies someone’s sense of justice? You hurt me, I should hurt you back? Jesus says, “turn the other cheek”.

When it was adopted, the 1981 law was supported by many liberal and civil rights supporters. They saw it as a corrective for a treatment (reformation) approach run amok.  In the old system, if you committed a class B felony (for example) your sentence would typically be the legal maximum (10 years), suspended on condition that you cooperate with various treatment ‘recommendations’. In theory this seemed like a just approach — people would be offered the opportunity to reform — substance abuse treatment, anger management, mental health treatment, parenting classes — as an alternative to incarceration. In practice, this approach often resulted in people being subjected to the whims of probation officers and mental health professionals (chosen by those officers) for 10 years for what can be a fairly minor offense. (Entering a warehouse and taking a television for example.) The 1971 movie A Clockwork Orange is, among other things, a commentary on the reformation/treatment approach.  One of the major motivations for liberals was to do away with the documented racial biases in sentencing.

However, this attempt to correct the abuses of a reformation approach, has itself become oppressive and has, if anything, exacerbated the racial bias of our criminal system.

We have also used language of a deterrence approach to justify certain parts of both our current and prior systems. Justifying the death penalty is the most common use of the argument for deterrence. However, studies have consistently shown that the deterrence approach does not work in the criminal system. And it has deeply disturbing moral quality. It insists that my punishment should be based on what it would take to deter others from committing this crime. In this system I become a means for someone else’s learning. I lose my humanity and become a tool of the system.

I believe it is time (long PAST time) to create a criminal system that uses the restorative approach. This approach is based on the principle that a criminal act is a violation of community. And the goal of the community’s response should be to restore community. The most effective way to do this is to create local customs and norms that bring together perpetrator (I use perpetrator in an attempt to find a more morally neutral term than either criminal, accused or offender), victim(s) (only when appropriate) and community representatives to ask:

It is important to take seriously the hurt — physical, emotional, spiritual, even financial — to the victim. And it is important to consider the situation of the perpetrator — background, capacity, needs and remorse. The goal of restorative justice is to restore community, yes between victim and perpetrator, but also within the larger community.

Restorative justice is not easy or simple. You don’t just hold a trial, find someone guilty, and impose a sentence. It takes time and commitment. There needs to be a fair fact-finding before consequences can be addressed. But the fact-finding can focus more on whether the community has identified the real perpetrator than on the exact level of culpability. In fact it should not be about blaming, but about understanding. Then the community works to find a solution that restores the brokenness.

Even with a restorative approach there will be some people who cannot be allowed to mingle freely in a community. Pedophiles need to be kept from having access to children. Serial killers will still need to live in secure facilities kept apart from the rest of the community. But it does not have to be done in a punitive way. Punishment would never be the goal in a system of Restorative Justice. The goal is healing, restoration of community, in a word — Shalom.

My move from a law career — specifically as a deputy prosecuting attorney handling felony trials — to a pastor has prompted many questions over the years. Most of them have to do with giving up accountability for forgiveness. I’m not sure our current criminal system achieves accountability. And forgiveness does not eliminate the need for repentance. I believe that a system of criminal JUSTICE would be based on some system of restorative justice. Our current system does not even come close.

”Crime & Punishment?” is the topic of our next Coffee Talk, which will take place at 10 a.m., Saturday at Indaba Coffee. Conklin is a guest panelist.

Previous I cherish my incompleteness
Next Join us today for the last Coffee Talk of 2013!