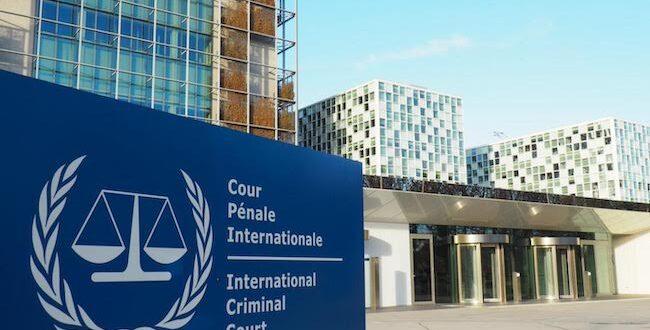 Crimes against humanity: “A deliberate act, typically as part of a systematic campaign, that causes human suffering or death on a large scale.”  — Oxford Dictionary.

There is no higher value than our society’s solemn commitment to protect our children.

We take a dim view of parents who lose sight of that value. Allow your child to die because you deny medical treatment for cancer in favor of God’s curing powers, for example, and you are likely to be charged with a crime. Your personal view of parental rights will end in a courtroom if your beliefs lead to violent corporal punishment of a small child.

How are the anti-vaxxers and anti-maskers any different from fraudulent faith healers or child beaters? There is no meaningful difference although the current political climate prevents prosecution of the anti-vaxx, anti-mask bullies who are shutting down school board meetings all over the country, sometimes violently, as they oppose mask mandates.

But maybe we can still go after those in power who are putting our children at risk.

Polls show a majority of Americans are furious with the smaller percentage flouting simple common-sense responses to the COVID pandemic.

We know from all available medical evidence that the COVID vaccines are an effective preventative, blocking the virus and preventing the infection in most people. We also know with medical certainty that those who have been vaccinated and still contract COVID are far, far less likely to require hospitalization and even less likely to die.

We know from all available medical evidence that wearing a double-layer face mask or better is one effective way to slow or even prevent COVID spread.

And we know, from all available medical evidence, that keeping a proper distance when dealing with others further reduces the chance of infection.

All three of those steps, universally adopted, would have all but ended the pandemic in the U.S. earlier this year.

But medically certain interventions will not persuade, have not persuaded the lunatic fringe that still believes the pandemic is a hoax, or that the vaccine was created to enrich big pharma or allow Bill Gates to track people, or that it will be the excuse liberals use to establish FEMA concentration camps where true Americans will be murdered.

The conspiracy theories are, at the minimum, ludicrous. Social media-driven concerns simply ignorant. But individual idiocy is always with us, though not always so threatening. In the end, the virus may do what science has not – persuade the unmasked and unvaxxed who are filling those overtaxed ICU wards.

But there are some among the most powerful elected politicians in the country who know better. Have themselves been vaccinated. Have acknowledged the pandemic’s horrific toll. But who pro-actively take steps to prevent life-saving interventions.

First and foremost: Florida Gov. Ron DeSantis who has not budged on his executive orders banning vaccine and mask mandates. Similar intransigence – and similar orders – have come from Gov. Greg Abbott of Texas and Gov. Doug Ducey of Arizona. South Dakota Gov. Kristi L. Noem is in lockstep. All are Republicans with ambitions for higher office.

In Florida, the current daily COVID death toll is the highest it has been since the pandemic began, roughly 250 per day and that is before classes resume in most school districts, according to The New York Times. That number, 250 per day, comes to 1,750 per week, perhaps 2,000 by the time this column is posted.

As the Times reported, earlier this month in Brevard County, Florida, 1,623 children were infected and more than 8,000 students were quarantined. And in Atlanta, thousands of positive cases were confirmed in schools with 23,000 students and staff quarantined. This is just the beginning.

A CDC-funded study projects that in school districts without mask mandates and regular testing, 75 % of children could be infected within the first three months of classroom instruction. Overhyped? So hat if it is 50 %. Or 25 %. We are talking about hundreds of thousands of youngsters getting sick themselves or infecting family and friends.

Meanwhile, vaccine approval for children younger than 12 is not likely until the first of next year.

This historic public health crisis requires hard choices driven by medically supported recommendations and enacted by committed public servants who are willing to pay the political price. Thank you, Gov. Jay Inslee of Washington, and Gov. Kate Brown of Oregon.

But DeSantis and his fellow travelers will accept death and suffering if it helps them appeal to their QAnon-obsessed political base.

But shame is not enough.

The International Criminal Court, a U.N. agency headquartered at The Hague in Belgium is charged with investigating and prosecuting individuals for crimes against humanity. Complaints can come from nation states, from international organizations and governmental entities, possibly including state, city and school systems.

On receipt of a complaint, the court’s prosecutors first determine jurisdiction, then may choose to conduct an investigation, and if warranted, indict and try plaintiffs.

The court has wide leeway in determining if a case involves a deliberate, systematic campaign that causes human suffering or death on a large scale.

U.S. support for the International Criminal Court has been up and down through several administrations. The U.S. never signed the formal treaty establishing the court’s role. President Trump threatened organizational and individual sanctions against the court and its staff in the event cases were ever brought against the U.S. or its citizens.

An international court indictment, even an investigation, might put a dent in the political ambitions of faithless, murderous American politicians.

In Florida, several local school districts including some of the state’s largest have flouted the governor’s orders and mounted legal challenges. Late last week, a Florida judge ruled the school mask ban illegal. The state will appeal to a more conservative appellate court where it may well prevail. The governor continues to threaten district and individual educators with fines and other penalties for those who demand masks in school.

Seems to be deliberate and systematic to me.

And while considering indictments for crimes against humanity, let’s add those elected officials who continue to push dangerous COVID-treatment alternatives, including the use ivermectin, an animal treatment for worms that can be deadly in humans.

The current political divide has become a crisis of governance. As we move into the 2022 and 2024 election cycles, it is becoming increasingly evident that the U.S. has become ungovernable, unable to develop a coherent pandemic strategy. A government system that will not take the most basic steps to protect its most vulnerable – the children – needs a kick in the political pants.

It may be time for a bit of international intervention.