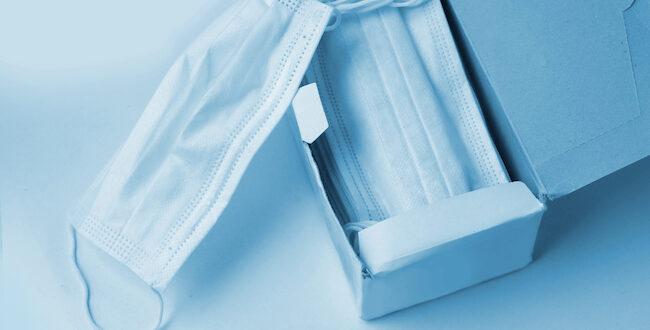 Are you angry yet?

Are you again wearing that once-discarded COVID mask?

Are you starting to hunker down, thinking twice, three times before venturing out?

Have you begun to cancel summer travel plans, family reunions, and neighborhood picnics?

Are you angry yet?

I am and I am not alone.

Any number of national publications have reported that Americans vaccinated against COVID-19 are increasingly furious with the half of Americans who refuse the shots. Not frustrated. Furious.

The delta variant, a COVID mutation that is far more easily transmitted and produces a much more serious infection, is running rampant in the United States. Infection trackers offered by any number of sources – here is The New York Times tracker – show the variant is particularly devastating in the American South, red states where political leaders have responded with deadly denial and disastrous misinformation.

Remember back to late spring when it seemed as if life was returning to normal, a new normal at least? How delusional we were.

To understand our current situation, it is necessary to look at the numbers, though that exercise is as boring as it is terrifying.

On Aug. 8, health authorities reported 110,000 new COVID cases in the United States, nearly all the delta variant. That is a 112% increase over the 14-day average. Also on Aug. 8, 61,000 Americans were hospitalized and 516 died. If that last number seems small, even acceptable, consider that over 30 days, the U.S. death toll would top 15,000 and that only in the unlikely event there are no additional increases in infection and hospitalization rates.

The American South is at the greatest risk in this current, so-called third wave. Infection numbers, hospitalizations and deaths are devastating the region, particularly in Florida and Texas where state leaders, especially governors, fiddle as their states burn.

But the Northwest is hardly spared. In Washington state infections have increased by 155% over the 14-day average. In Idaho, 163%. Spokane County is now recording nearly 180 new cases daily while Spokane County hospitals are at 84% capacity in ICU units.

Still, we have a few ICU beds left, 13 at latest count. In states most desperately affected, there are no ICU beds left at all. Heart attack patients displaced by COVID are being sent to rehab hospitals, urgent care centers, or left on gurneys in desperately overcrowded emergency rooms.

All of this – ALL OF THIS – could have been avoided had Americans embraced the COVID vaccines, miracles of modern medical science. Those who have been fully vaccinated are protected from the virus, even from the delta variant.

That does not mean the vaccinated will never be sick. There are so-called breakthrough infections. Effective tracking of breakthroughs is just beginning but latest studies indicate the percentage of vaccinated who become sick amounts to somewhere south of 20 percent. And those who do become sick do not require hospitalization and quickly recover. The breakthrough death rate among vaccinated is almost too small to register.

The U.S. had set a goal of 75% vaccinated by early summer. Had we reached that goal, scientists believed the nation might achieve “herd immunity,” bringing the pandemic to an end.

We never came close. In the U.S., the percentage receiving full-dose vaccines is 50%, that number brought down by vaccine resistance, mostly in the South. In Washington state the percentage is 58. Oregon 56. Idaho 38.

The percentage in Spokane County is 49%, well below the state average, putting county residents at much greater risk. But then Whitman County, home to Washington State University, sits at 38% with students just now returning to campus.

So, we know the latest explosion of infections, hospitalizations, and deaths is striking the unvaccinated among us. And we know that the delta variant seems to disproportionately infect young people in their 30s and 40s. New studies indicate young children, once thought to be more-or-less immune, are now at risk just as schools are set to re-open.

My social media feeds are full of nasty memes suggesting the unvaccinated are getting what they deserve, that this is Darwinian evolution in practice, survival of the brightest. I have heard similar remarks in private conversations, vocal manifestations of the anger roiling the vaccinated.

I suppose there is some cold-hearted Darwinian logic in letting the pandemic decimate the population of deniers who believe the most outrageous conspiracy theories or accept the misinformation propagated by political leaders whose values are at gutter level.

But this latest wave of infections is going to hurt the innocent, particularly children, who if not infected themselves, may lose parents and grandparents.

None of us can stand idly by and let that happen. So, it is back to the masks. Back to social distancing. Back to limits on indoor gatherings. In so many way, back to life as we lived it last winter.

That makes me angry. And I suspect it makes most of you angry, too.

A new target for my anger emerged over the weekend when I read an op-ed column in The Spokesman-Review written by interim Spokane County health officer Francisco Velázquez. You will remember that Velázquez replaced former health officer Bob Lutz, fired illegally last summer, in part because some local political leaders thought his pandemic responses were too Draconian.

Lutz can be prickly. His management style could be prickly. But his response to the pandemic was aggressive and effective and a model of public service in times of crisis.

His successor? After spending most of his column space explaining the delta variant and noting the alarming impacts, he conceded vaccinations, in concert with mask wearing and other preventive measures, will end the pandemic.

But about those vaccinations.

“If you can, and are so inclined to get the vaccine,’ he wrote, “it is the best option for your protection and the protection of others.”

If you are so inclined!

That is as wishy-washy as it can get in the health community, pandering to those in our community who would sacrifice lives to keep their businesses humming.

I would take prickly over cowardice.