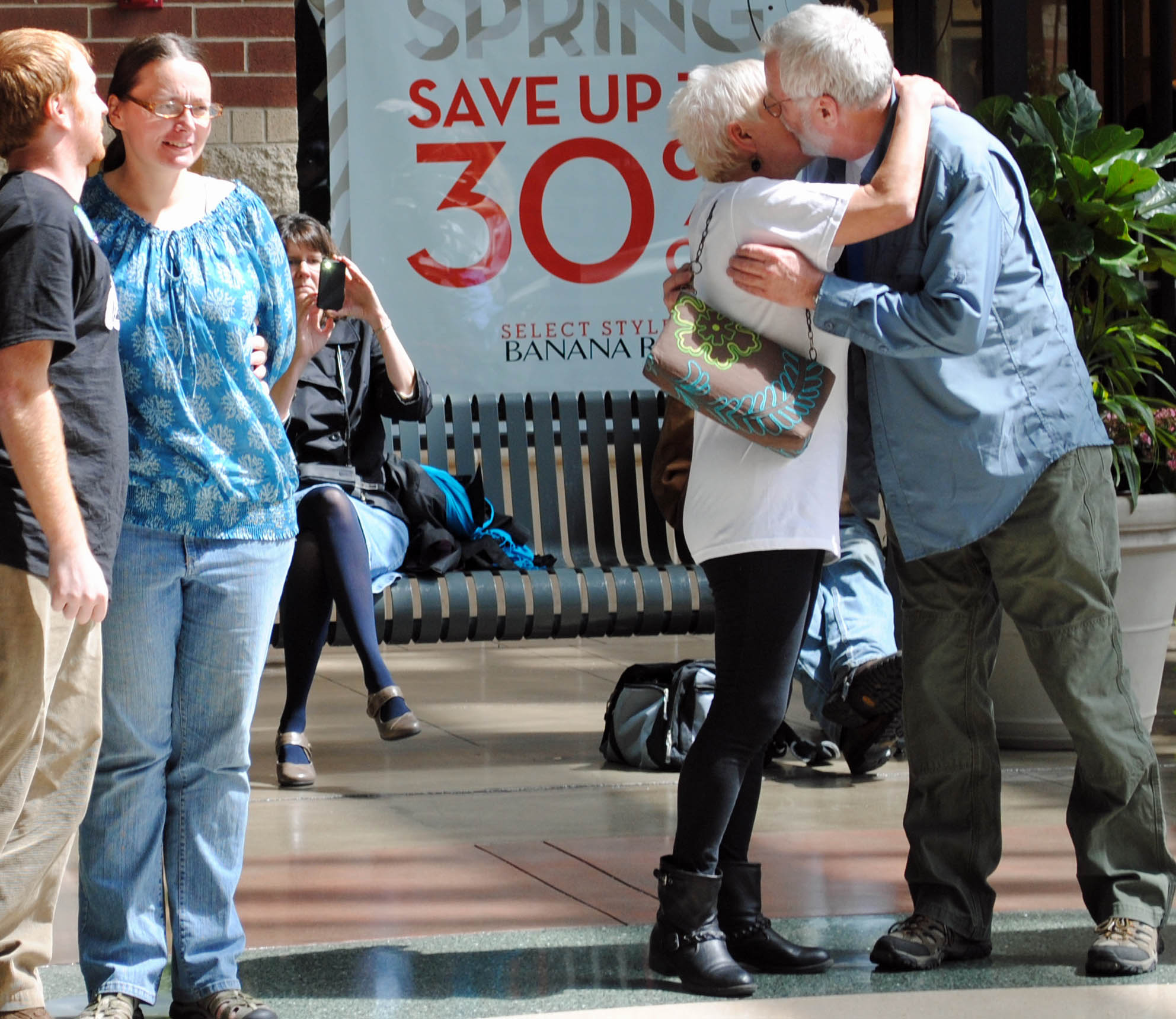 To show support for same-sex marriage about 10 couples scattered around River Park Square on Sunday for a flash mob kiss-in.

Carol Ehrhart, president of the Inland Northwest LGBT Center, and her partner Alissa, stood at the bottom of the mall escalators and smooched, signaling the other couples to join in the calculated public displays of affection.

“This was to show that couples do come in all shapes, sizes and sexual orientations,” Earhardt said.

In part, the kiss-in was in response to the recent city council meeting where gobs of residents spoke out against homosexuality. It was also done to make people aware of how diverse Spokane really is, Earhardt said.

He said Spokane’s gay community want the same rights as all other residents.

About half of the couples at the kiss-in were heterosexual, including Justin Ellenbecker and his wife. He said in a previous interview that some human rights, like marriage, just exist and shouldn’t be voted on.

“I just think in this age, when everyone’s about privacy, it’s ironic somebody decides who you go to bed with is actually an issue,” she said.

The LGBT center and other local organizations supporting gay rights have other marriage equality events planned for the summer, including Hands Across Monroe and a mock marriage ceremony.

You government should be flexible with the gay marriages, every one has the right to choose their partners what if they have same sex but as far as they are happy and abiding the rules and regulations of the government they should not criticize this category of people, as they are human being ‘s too.