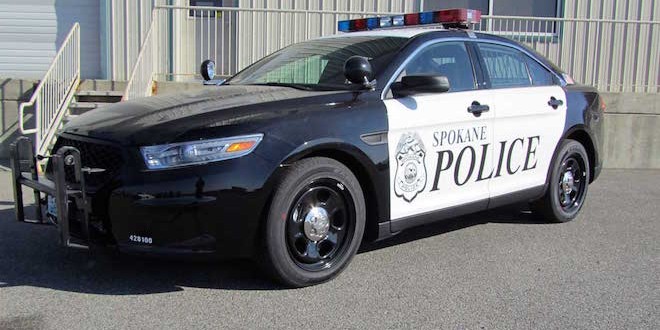 As I sat in the Chase Gallery, an elderly woman spoke at the podium. She had “colored” friends, she said. She was tired of hearing that the initiative, and those who favor it, are racist. Then, the phrase rolled off her tongue: “This is not about race.” One of the women in the Chase Gallery, dripped in the colors of the American flag, stood up, threw her hands in the air and yelled, “Yes Jesus.” We were hearing a sermon at the Church of White Privilege; and the followers in the Chase Gallery were ready to worship.

White people have a habit of saying, “This is not about race”. It does not matter what the subject is; ask a white person, and they will rarely tell you something is “about race.” On Monday night, it was biased policing. In October, Spokane City Council passed an ordinance that restricts the ability of police to inquire about someone’s immigration status. Law enforcement agencies around the country have endorsed this community oriented policing policy. Human rights groups have championed these policies and laws at every opportunity to ensure immigrant communities, especially immigrant communities of color, are not subject to even more biased policing and harassment based on perceived foreignness. We understand that racial profiling still happens even as we fight against it; and that this policy can be a tool in our fight. We see domestic violence victims, and victims of robbery, assault and theft are afraid to dial the three most well known numbers on a phone because their roots are here now, and to be uprooted means losing everything.

The Church and its followers do not see what is in front of them; they see only what they wish to see. They spent untold hours collecting signatures for an initiative to overturn the law. They tried to pick the council chambers with their spiritual kin. They hope to see it on the ballot this coming November, and if it is, rest assured the official slogan of the Church will be trotted out every day justify its actions: “It’s not about race.”

“It’s not about race.” It’s a slogan that says more than we think: It does not see truth in what people of color experience every day. It says we are afraid to confront the racism that exists in our community, in our laws, in our perceptions of beauty… It says that we refuse to acknowledge our history: the history of slaughter and slavery, of Jim Crow and white flight, of ethnic quotas and redlining, of profiling and environmental racism, and how those all continue to contribute to our current reality. And it is a statement that, if we ever wish to tear down the systems that perpetuate racism, we will need to expunge from our vocabulary.

Previous Are Americans ready for a Muslim president? New poll suggests maybe
Next The Power of Spiritual Imagining