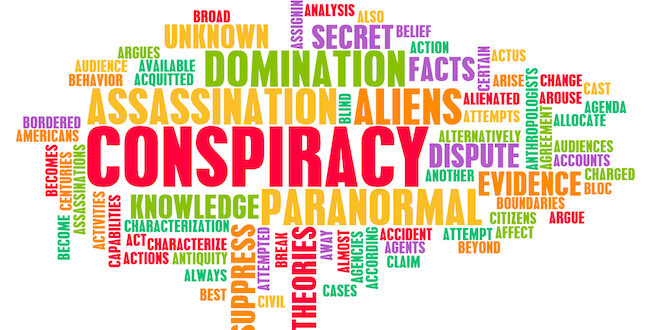 Because of certain aspects of my background, I have been quicker than most to let people experiencing homelessness stay at my house. Sometimes too quick.

Twice I had people over whom one might classify as conspiracy theorists. One of them, a Q-Anon adherent, believed that the FBI & CIA were watching her and her ex-husband. The other guest told me of conversations he’d had with Bill Clinton and Steve Bannon, and also claimed to be suing 17 States in a case of mistaken identity.  His tales were very tall, involving altercations with multiple federal agents, from which he always emerged victorious. Furthermore, he claimed to know the brother and ex-husband of the first person I’d had over, even though I’m fairly certain that she and he, coming from two entirely different parts of the country, had never met.

I noticed that each of these people had one trait in common. Each of them blamed all of their misfortunes on other people, and neither took much responsibility for their own choices. It then struck me that we have a president today who not only gives lip service to conspiracy theories, but consistently blames anybody but him for what is going wrong in the nation.

But let’s take a look at the raw facts. Forty million Americans have lost their jobs in the past three months. Violent riots are breaking out in many major cities. An untempered pandemic rages chaotically across the country. And worst of all (in my opinion), our country who once identified herself as “one nation under God” is so radically divided, I hesitate to identify as a “moderate” lest I be accused of being a “coward” for not fully embracing one extreme or the other.

And yet, who is responsible for all these problems, according to Donald Trump? From the sounds of him, one would think that the fault belongs to some bizarre combination of Obama, Joe Biden, both Bill and Hillary Clinton, Mitt Romney, anyone else who disagrees with him, somebody somewhere in the Ukraine — and of course, the Chinese.

It’s also impossible not to notice that a good portion of our president’s followers appear to do the same. Many Trump-supporters would rather focus on unverifiable conspiracies than on the pressing issues that all Americans face today. It makes me wonder how many of them might be “blame-shifters” in their personal lives. My two house guests certainly were. One wonders what exactly is the relationship between blame-shifting and the mind-set of the conspiracy theorist.

In the Wikipedia article on conspiracy theory, a statement in the second paragraph intrigues me.

“Research suggests that conspiracist ideation — belief in conspiracy theories — can be psychologically harmful or pathological, and that it is correlated with psychological projection, paranoia and Machiavellianism.” Interesting that the concept of “projection” emerges as a factor in the conspiracist mind-set.

Psychology Today defines projection as “the process of displacing one’s feelings onto a different person, animal, or object. The term is most commonly used to describe defensive projection–attributing one’s own unacceptable urges to another.”

In this definition, I am stricken by the expression “unacceptable urges.” For the current president, even in some bygone day, to have glorified the urge to grab a woman by her vagina is certainly unacceptable. Yet there are Trump-supporters who believe the details of Q-Anon; to wit, that the president is secretly in the process of outing a group of pedophiles — most of whom appear to be Democrats – who are secretly running the world and even sacrificing children in Satanic rituals.

Combine that with the testimonies of numerous women who have claimed that Mr. Trump has sexually abused them, and another wonder unfolds. Could it possibly be that an abusive misogynist would like for his supporters to think he is anything but?

As with many of Jesus’ sayings, He spoke this to “those to have ears to hear.” When I read these words, I am often convicted of my own tendency to pin the blame onto others. In some cases, of course, others truly are to blame. But I believe the point that my Lord is making is a universal one.

All human beings have a natural tendency to blame-shift. When this tendency is activated to the extreme, one just might believe that the United States Government is to blame for their problems.  While one might well be right, on a certain level, one would certainly need to take the “beam” out of their own eye, before being able to see clearly to solve the problems of Uncle Sam.

Finally, if a person is actually involved in a conspiracy or “cabal,” wouldn’t it be convenient to divert attention from their own nefarious doings, and alert people to the supposed existence of an entirely different cabal?

For all the absurdity of Q-Anon, its adherents often overlook one simple fact. Donald Trump colluded with the Russians in order to rise to power. And that is the conspiracy we all need to be looking at, as we approach Election Day on Nov. 3.