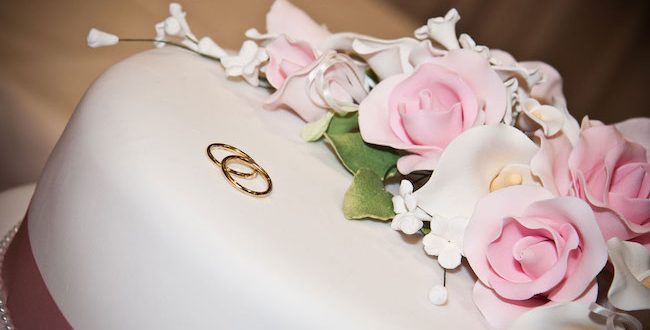 On Monday the U.S. Supreme Court handed down a long-awaited decision in the Colorado Masterpiece Cakeshop case. The decision is being heralded as a win for conservative Christians and a loss for LGBT justice advocates, but it was neither. I think it is important to understand why.

Colorado has a public accommodations law that prohibits businesses from discriminating against customers on the basis of things like race, sex and sexual orientation.

In 2012, when a gay couple wanted a cake designed for their wedding, the baker who owned Masterpiece Cakeshop refused saying that his religion rejected same-sex marriage. The couple filed a complaint with the Colorado Civil Rights Commission (CCRC). They said that the baker violated the state public accommodations law that had barred discrimination against them. The CCRC found in their favor and against the baker, but it did so in a way that the U.S. Supreme Court said expressed hostility toward religion. In a 7-2 decision written by Justice Anthony Kennedy the Court vacated the CCRC decision against the baker and did nothing else other than say that governments should be neutral, not hostile, toward religious belief.

The case had set up several interesting Constitutional questions—none of which were answered. Here, I address the questions that people have been asking me.

What had people expected the Court to do?

Each side in this case wanted to win; neither did because vacating the CCRC decision means while that decision may be void the case can still be brought again. In terms of constitutional law, though, there was an even more difficult question that the Court, sadly, ignored.

Every year hundreds of conflicts arise when government agencies try to protect LGBT people from discrimination, but conservative religious people say that complying with nondiscrimination laws inhibits the expression of their belief system. For example, should Christian schools be required to hire LGBT Christian staff? Should conservative religious medical or therapeutic personnel be required to serve transgender patients? Should conservative Christian adoption agencies be required to work with gay couples? We do not know the answer to these questions, but more importantly, we do not know the proper process by which the questions should be framed. What constitutional tests should be used? How should the balance of rights occur? We had hoped that the Court would clarify how these conflicts should be handled. Here is the problem.

Religious freedom is protected by the First Amendment to the U.S. Constitution. But, rights are never absolute. For many years, when a law was passed that arguably violated the rights of religious people those people could claim a First Amendment violation, asking for an exemption from the law to accommodate their faith. This analysis of the law eventually came to be known as the “strict scrutiny” test, meaning this:

If this analysis had held, then the Court’s approach would have been clear:  apply the strict scrutiny test.

The problem is that in 1990 conservative justice Antonin Scalia articulated a new approach to religious freedom claims. He said, and the Court agreed, that when a neutral law of general applicability (one that applies to everyone) seemed to curtail religious belief, that law was valid. The strict scrutiny test was not needed unless the law was passed specifically targeting religious belief. If this approach had held sway in Monday’s case, the justices would have assessed whether the Colorado law was one of general, neutral applicability. This test sets a low bar and governments usually win. Had the Court done this they likely would have found in favor of the gay couple.

For almost 30 years scholars have hoped that the Court would further clarify when and how the strict scrutiny test ought to be used in religious freedom cases. The Court chose not to. This means that for analyzing cases of this sort the debate about using strict scrutiny or neutral law of general applicability is still up in the air.

The Court said the Civil Rights Commission was hostile toward religion. What did the hostility look like?

The Supreme Court has always said that governments and government actors must be neutral toward religious belief, treating religious people not better than and not worse than everyone else. Here, the Court was most troubled by this comment of one of the civil rights commissioners.

“I would also like to reiterate what we said in the hearing or the last meeting.  Freedom of religion and religion has been used to justify all kinds of discrimination throughout history, whether it be slavery, whether it be the holocaust, whether it be—I mean, we—we can list hundreds of situations where freedom of religion has been used to justify discrimination. And to me it is one of the most despicable pieces of rhetoric that people can use to—to use their religion to hurt others.” Tr. 11–12.

The Court’s decision said this, “To describe a man’s faith as “one of the most despicable pieces of rhetoric that people can use” is to disparage his religion in at least two distinct ways: by describing it as despicable, and also by characterizing it as merely rhetorical—something insubstantial and even insincere. The commissioner even went so far as to compare [the baker’s] invocation of his sincerely held religious beliefs to defenses of slavery and the Holocaust.  This sentiment is inappropriate for a Commission charged with the solemn responsibility of fair and neutral enforcement of Colorado’s antidiscrimination law…”

Does this mean the baker can continue to discriminate against gay couples?

No, it means that if he does and this couple or another gay couple file a complaint, the case starts over and the religious perspective of the baker must be taken more seriously in the analysis.

People are saying it was a “narrow” ruling—what does that mean?

Here it means that the justices did not rule on the substantive question before them, but instead ruled on something related to process. They did not tell us whether it is legal for the baker to discriminate; that is a question for another day. They told us, instead, that the lower commissions and courts did not handle things well.

Did any justices dissent?

Yes, Justice Ruth Bader Ginsburg and Justice Sonia Sotomayor dissented saying that even if the CCRC had expressed hostility toward religion there had been an appeals court in Colorado that analyzed the whole matter independently from the CCRC. That court had applied the neutral law of general applicability test and had expressed no hostility toward religion at all. So, the U.S. Supreme Court should do the same, and find in favor of the state law and the couple.

There was quite a bit of debate between and among the justices about a series of other bakery cases that had been handled by the CCRC in the last few years. In those cases, the bakers had refused to make cakes that had messages they disagreed with—some were hostile to the Bible, some were hostile to homosexuality. In all those cases the CCRC had found in favor of the baker. Some justices said this was completely legitimate because the Colorado law protected customers from being discriminated against; it did not say anything about protecting the speech of the baker. Other justices said these different cases demonstrated even further that the CCRC had hostility toward this particular conservative Christian baker.

I’ve heard that the baker said designing the cake is expression of his art, so this case should be a free speech case rather than a religion case. What did the Court say?

The Court’s opinion declined to examine this issue. Justices Clarence Thomas and Neil Gorsuch, however, wrote a separate opinion on this point saying that as a free speech or “compelled speech” case the strict scrutiny test should have been invoked. This shows us where justices might go in the future. The benefit of using a free speech analysis is that the strict scrutiny test has a lot of jurisprudential history and we understand it fairly well. The downside to saying wedding cakes are expression is that it opens the door to having many different business people making the same argument. My partner is an architect. He would say his work is an expression. What about an organic grocer? A no-kill animal shelter? A mortician? A tailor? Do all of these get the strict scrutiny test if they feel that a law passed by the legislature curbs their expression? Maybe.

Does this case mean religious freedom is more important than protecting LGBT people?

No, the Supreme Court ended its decision saying that as cases like this are decided in the future they must be decided with respect to religious belief and by making sure that gay people are not subject to “indignities when they seek goods and services in an open market.” However, we have over 200 years of jurisprudence on religious freedom issues and relatively little on LGBT justice. Moreover, religious freedom is embedded in the First Amendment. So, for a while it is probably going to look like religious freedom carries more weight. But, the development of “rights” jurisprudence changes over time. Thirty years ago, I would not have predicted that the U.S. Supreme Court would say states may not withhold a marriage license from same-sex couples. Thirty years from now I think that sexual identity issues will be treated with the same level of judicial “scrutiny” as race. That may not be of comfort to LGBT people today, but the important thing is to strategize well at the state level. The Colorado Civil Rights Commission made a big mistake in expressing hostility toward religion in the same way that others make a big mistake in expressing hostility toward different sexual identities. The question is whether it is possible to compromise or whether one view will eventually prevail.

First, this decision does not mean anything about future bakers, gay couples or public accommodations law. It only means that religion must be taken seriously. The couple in this case could decide to come forward and file their claim again in the exact same way. The CCRC would then have to make a decision that demonstrates they take religion seriously. If I were advising the CCRC I would tell them to do a two-pronged analysis. They should analyze the case under both the strict scrutiny analysis and the neutral law of general applicability standard. They could find against the baker in both cases. They could also find in favor of the baker under the strict scrutiny analysis.

Second, the Supreme Court gave no guidance for the myriad of similar cases making their way through the courts in dozens of states. Watch for these. A lot of states have non-discrimination laws that protect people on the basis of sexual identity. And, a lot of states have conservative religious photographers, bakers, florists and so forth contesting those laws. We still await Supreme Court guidance on when religious people, be they artists or other business folks, should be exempt from certain regulations.

Julia Stronks practiced law and is a professor of political science at Whitworth University in Spokane. She writes about faith, law and public policy. Her most recent book, written with her mother Gloria Goris Stronks, Professor emeritus of Calvin College, is "Teaching to Faith, Citizenship and Civic Virtue" (Resources Publications: Wipf and Stock, 2014). Her discussion of President Trump and the Constitution can be found in the last chapter of Ron Sider’s new book "The Spiritual Danger of Donald Trump: 30 Evangelical Christians on Justice, Truth, and Moral Integrity" (Cascade Books, 2020).