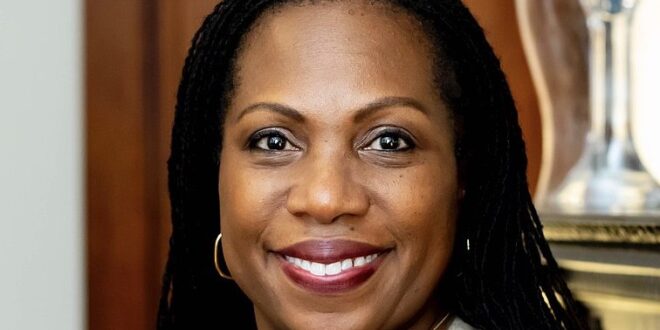 It was a moment to be savored.

Despite the 47 “no” votes, the U.S. Senate confirmed the first woman of color to the Supreme Court. For this woman of color, it was a joyful moment.

Please don’t get me wrong, Judge Ketanji Brown Jackson is more than qualified. In fact, she has far more practical judicial experience than other seated members of the high court. It is the fact that she will bring a different voice, a different experience to the court, which makes it joyous. Even though our life experiences are very different, we both know from a visceral level how difficult it is to be heard as a woman of color.

What I found dismaying in the whole process is the way subtle discrimination kept cropping up in her confirmation hearings and the reaction of those who voted against her when the final gavel dropped. One instance in particular stands out.

No other female justice candidate has ever been asked to define a woman. No senator asked that of Justice Amy Coney Barrett just a couple of years ago, so why now? Simply put, it was an attempt to discredit her using an anti-LGBTQ+ argument. Best known as a “gotcha” question, U.S. Sen. Marsha Blackburn (R-Tennessee) asked the question to show Jackson was too liberal for the high court, using an issue at the forefront because the next justice will likely hear cases involving the rights of transgender people.

The way Sen. Blackburn asked the question, Judge Jackson answered the only way she could, that she is not a biologist and could not give a definitive answer. It had to be a confusing moment for Jackson, but one she handled with more grace than most people.

Despite her judicial record as a U.S. District Court Judge for Washington, D.C. many of the same senators who praised her during that confirmation process decided she was not qualified to sit at the high court table. It was a stunning example of politics at work and play.

This confirmation reaches across racial lines and generations because women of color have often been unseen and unheard. We’ve not been seen in politics, in government, in media, or in other visible aspects of modern life. This is despite the fact we are the center of our communities, often the most respected people in the room by our peers; yet, dismissed by the majority race and the gender wielding political power.

Confirmation of Judge Jackson is ground-breaking, not just for her and her color, but for all women of color. U.S. Sen. Rev. Raphael Warnock (D-Georgia) summed it up best when he talked about the journey people of color must make to serve our country.

“I know how much it means for Judge Jackson to have navigated the double jeopardy of racism and sexism to now stand in the glory of this moment in all of her excellence,” Warnock said after the vote. “For my 5-year-old daughter and for so many young women in our country, but really, if we’re thinking about it right for all of us, seeing Judge Jackson ascend to the Supreme Court reflects the promise of progress on which our democracy rests.”

If our country truly believes in freedom and human rights, then confirmation of judges like Ketanji Brown Jackson should not come as a surprise, nor should any candidate for any position need to deal with “gotcha” questions from people trying to discredit them on the basis of race, gender or ideals.

If the U.S. Supreme Court must make ruling which impact all Americans, should the court not better look like America and have members who have lived the experiences of the unseen?

Previous What is a Soulmate?
Next   A Questioning Faith