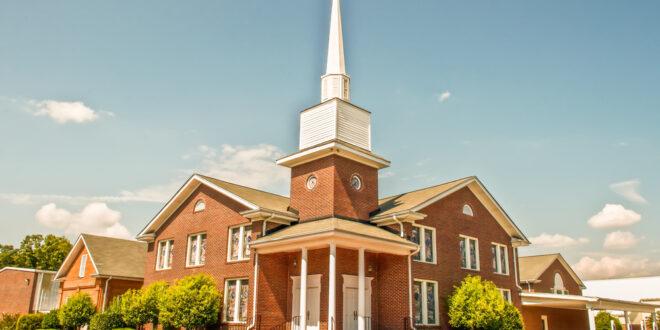 I am a denominational snob. Blame it on my wayward New England youth. With my family I faithfully attended a Lutheran church. With friends I worshipped at Roman Catholic, Congregational and American Baptist churches, as well as a Conservative Jewish synagogue.

Out west, I continued my denominational ways, joining a Lutheran church and adding to the traditional churches I enjoined those of Presbyterians, Episcopalians, Methodists and Unitarians (yes, Unitarians, too, have rich traditions).

I am drawn to religious services deeply rooted in historic theological knowledge and worship practices. I assumed that nondenominational churches were giant gyms for folks who didn’t want much theological exercise on a Sunday morning or — worst case scenario — mega-churches for the MAGA crowd.

Details about two small nondenominational churches in Simmons’s second article, however, woke me to the positive community role such churches may play. According to Dan Haugh, pastor of Stowe Community Church in Vermont, his church brings people with diverse political perspectives together. This can work, observes Haugh, since as an independent community, “We’re more centered on what we share than what may divide us. … God’s unconditional love for all people.”

We learn about Vine Church in Pasco, Washington, from Savannah Tranchell, who, with her family, joined Vine after trying out various denominational churches (including Lutheran). She enjoys the fact that Vine is diverse and egalitarian, with male and female leadership, and that, with local control, it reflects the values of the community.

Tranchell found denominational churches “almost archaic” in their use of hymnals and lack of electronics. Nondenominational churches, according to Simmons’ second article, tend to have worship services that are informal and innovative, making use of projector screens and contemporary music.

Though I can understand why this mode of worship is popular, I find it off-putting, probably because I myself am archaic. More pertinently, I worry that it is distracting and does not afford serious reflection or centering.

But then I have to acknowledge that Stowe Community, Vine and other small nondenominational churches may be more archaic than denominational ones in that they may resemble the house churches of early Christians mentioned in the New Testament (see, for example, Colossians 4:15 and Philemon 1:2).

These house gatherings were perforce informal and innovative. As Christianity developed within the aging Roman Empire, it became more hierarchical, patriarchal and concerned with establishing unifying doctrines — more like, in short, many denominations. (Other regions where Christianity spread, such as in Northern Africa, developed their own denominational traditions.)

Fluctuations in any long-lasting organization are inevitable and healthy. Maybe it’s a good thing that, as Scott Thumma, Director of Hartford Institute for Religion Research, asserts, “the ground is eroding for denominational identities” and that we are entering “a post-denominational era.”

Thumma notes that a fair number of denominational churches have drifted into the nondenominational fold, cutting their historical ties. Some split off-churches may simply be searching for more autonomy, as Thumma suggests, but I suspect that splits have often happened when denominations vote to be more inclusive, ordaining women, welcoming LGBTQ members, blessing same-sex marriages, etc. I know for sure that this happened within my denomination.

Thus, one reason I may remain a denominational snob is my fear that post-denominational Christianity will become more conservative, even reactionary — though Stowe Community and Vine provide some evidence to the contrary.

Another reason I think it is valuable to have deep historical roots is to be aware of how the Bible and how Christianity has evolved. Sure, being contemporary is important, but it becomes shallow without an appreciation and understanding of the past.

Finally, it seems likely that independent nondenominational churches lack the network to be a wide-spread force for good. Historic denominational church bodies, from Catholic to Quaker, from Episcopalian to Unitarian, are able to care for the world’s welfare because they have the structure to do so. My own denomination supports Lutheran World Relief and Lutheran Immigration and Refugee Service, the largest faith-based, nonprofit in the U.S. serving immigrants, asylum seekers and refugees.

Perhaps, however, “nondenominational” will evolve into a denomination with its own roots and supportive branches, enabling its individual churches to reach beyond themselves.

Then again, perhaps I’m just an archaic snob and those nondenominational churches are fine just as they are.

It’s funny, Walter, how people with similar experiences can look at these trends in Christianity and see them so differently–almost as polar opposites. For example, taking your identity scheme as a model, I would call myself an “anti-denominational snob”. It’s not that I favor the description you give of nondenominational churchgoers; it’s that I’ve NEVER seen any such people at any non-denominational church I’ve ever attended or visited. “Giant gyms or folks who didn’t want much theological exercise” is exactly what they were NOT. And, by the way, 9 people attend small churches in America for every 1 who attends a megachurch.

For 50 years I’ve taught Bible in non-denominational churches and homes BECAUSE these believers were interested in understanding what God is doing in the world and what specifically God’s will for them was. “Faith and Values in Practice” could have been a motto for all these churches and believers. The core unifying theme I’ve found in non-denominational churches was a deep commitment to God’s Word rather than human speculations.

Since my wife and I have moved 37 times in those 50 years, we’ve been part of “average sized” non-denominational churches in many states and several countries. I’m retired Air Force, so those moves weren’t just me running away from the consequences of my poor decisions–and we still have long-lasting relationships with believers in nearly all the places we’re lived.

Ironically, as a new Christian studying in Germany at the University of Bonn in the 70’s, I learned Greek and Hebrew together with a group of “Lutherans” (students training for careers within the official state church of Germany). As an American Evangelical, I was able to openly talk about churches, cultures, theologies, and trends with those young German Christians. That’s one of the wonderful benefits of being a foreign student; people will talk openly with you about sensitive topics without getting triggered or defensive. People accept that foreigners will be different.

What is interesting, though, is where “faith” comes in. That is, where “believing” the doctrines or truths starts. In Germany I attended religious conferences with those other religious students and found out that they very explicitly DID NOT BELIEVE the doctrines or the theology that they were studying. The leaders and missionaries of their official churches spoke at religious conferences and said things like, “If Jesus were alive today, he would be an atheist!” Their reasoning was that only atheists were paragons of altruistic zeal and humanitarian commitment today. And this was hosted by Aktionsühnezeichen , Reconciliation Action, which was the only passionate group of German Christians that I met. Among such “denominational” Christians is where I have consistently met people who, as you put it, “didn’t want much theological exercise.”

In contrast, at nearly every nondenominational church I’ve visited or been part of around the world, I’ve met a high proportion of educated believers with advanced degrees who had a thorough grasp of both theology and church history. Of course, since I myself TAUGHT much of this historical theology in my classes among them, maybe I created the observations that I am depending on for my assessment… I should add that when covering American Evangelicalism I basically taught the same narrative of church history that Professor Sutton presents in his book “American Apocalypse”. Yet, as an unbeliever, Professor Sutton draws other conclusions from the same data.

Of course, there will always be some percentage of believers who represent every demographic, regardless of the church type or religion. Uneducated, prejudiced, people in recovery, seekers, angry loners, social activists, environmentalists, hypocrites, etc. And the celebrity authors or pundits or critics in any tribe can find plenty of evidence supporting the various adjectives they use to castigate the other tribes. But as one who travels often and visits a variety of churches, what I find most are groups of potential new friends. Whether liberal or conservative, denominational or non. Just as an aside, Rotarians everywhere seem to have members from all types of religious traditions–and they agree almost perfectly in “faith and values”.

Nevertheless, there are churches who pay closer attention to the Bible and churches who pay more attention to their traditions. In casual fellowship, I’ve observed that the members are rarely terrorists or anarchists no matter which group they come from; in fact, they are all “alike”. But they still have strong preferences regarding the nature and degree of traditionalism that guides their worship practices.

In my years as an active-duty military officer and intelligence analyst, I’ve tracked lots of angry people. Mostly they are angry about what someone said about their opponents. But sometimes there are enemies that really justify anger–people such as Putin, for example. Those are the ones we should be on the alert for. Happy non-denominational Christians enthusiastically singing contemporary praise music might not need to be on anyone’s watch list…

[…] week Walter Hesford shared his “Confessions of a Denominational Snob,” on FāVS, and Allen Maller explored “From first to last of the Abrahamic Prophets: Abraham to […]