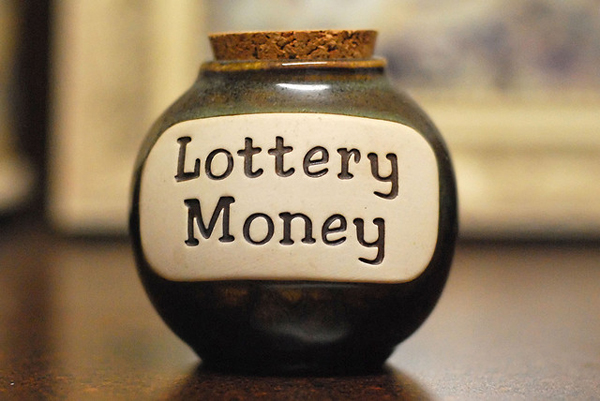 I played the New York lottery for the first time last week.

My $2 ticket didn't win the $588 million payout – surprise, surprise – but it did buy me several minutes of musing, most of it instructive, some of it enjoyable.

I quickly ran out of spending ideas – slightly larger apartment, new computer, clothes for my wife, a car to replace the two we sold when moving to Manhattan. I realized I couldn't even spend the income on a lottery bonanza, unless I started buying things I don't need or particularly want.

I would do some nice things for my three sons, but not so much as to take away their incentive to work and to live frugally. No “trust fund babies” on my watch.

I would give away a hefty portion, mainly to church, but also realized I would be besieged by every charity that came across my name, not to mention lawyers and financial advisers eager to help me manage the funds. I concluded that the onslaught of “new best friends” would be depressing.

In the end, I liked the idea of financial security, but saw little to be gained from sudden wealth. In fact, given the misery that tends to befall lottery winners, I might have dodged a bullet by not winning.

After this brief fantasy, I wondered more than ever why the wealthy work so hard to avoid taxes and other obligations of citizenship. Even though their effective taxes are lower than they were during the Reagan years and far lower than during the great prosperity of the post-World War II era, the wealthy are lobbying fiercely to pay even less in taxes. Once again, they seem willing to crash the government for everyone, rather than pay their share of its support.

They pursue the delusion that “takers” need to pay more if they choose to be dependent on government. Besides showing how little they know of other people, the wealthy fail to see how they have been the most aggressive “takers.” They line up for government bailouts whenever possible, demand tax breaks when building new facilities, yearn to exploit resources on public land, and charge tidy sums for military adventures that they themselves rarely volunteer to serve.

The wealthy extol the ethical swamp once voiced by Ayn Rand: “I owe nothing to my brothers.” That isn't an honest view of their own self-sufficiency. Most great fortunes were built on government benefits, like public roadways, public airports, patent protection, public works projects, national defense, and a financial system that the greedy routinely game for their own benefit.

Moreover, Rand's view violates the basic teachings of both Judaism and Christianity, violates the spirit of mutual obligation that founded this nation when it threw off the shackles of predatory aristocracy, and violates common sense.

The wealthy could live well with a fraction of what they have. The rest is sheer avarice, a delusional belief that excess will make them safe, secure, admirable and happy.

Lobbyists and legislators serving the wealthy try to claim the moral high ground in debates like the so-called “fiscal cliff” snarl, as if serving the interests of the 1 percent would make the nation stronger. In fact, exactly the opposite is true. Catering to greed hurts everyone, including the wealthy.

(Tom Ehrich is a writer, church consultant and Episcopal priest based in New York. He is the author of “Just Wondering, Jesus” and founder of the Church Wellness Project. His website is www.morningwalkmedia.com. Follow Tom on Twitter @tomehrich.)