Colville churches repent for their sins

COLVILLE — On Sunday two Colville congregations came together to profess that they, as part of the common Christian church, have at times been destructive. “…We confess that we have sinned in communal ways in accepting and perpetuating the prejudices and injustices that persist in our culture and our world,” more than 125 voices together recited at St. Paul Lutheran Church. 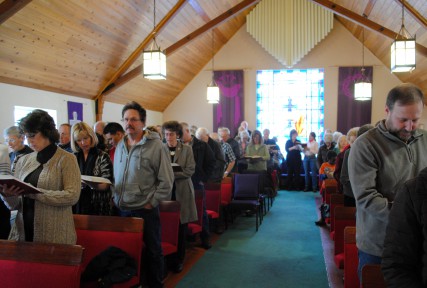 St. Paul Lutheran and 1st Congregational UCCchurches are journeying through Lent together, apologizing for the sins of the Christian church.

Rev. Eric Ohrtman, rector of St. Paul, explained that the congregations will repent for how they've harmed everyone from the Native Americans hundreds of years ago, to today's gay and lesbian community, to the times the church has been silent when it should have been a prophetic voice. Rev. Jim CastroLang, of 1st Congregational, said the confessions are a step toward restoring the church “to its wholeness,” particularly as Christians recognize their iniquities and begin to live more consciously. Rev. Michael Denton, conference minister for the Pacific Northwest Conference of the United Church of Christ and Bishop Martin Wells, of the Eastern Washington-Idaho Synod, helped the congregations begin their journey by delivering a sermon together on Sunday (which was the first Sunday of Lent). 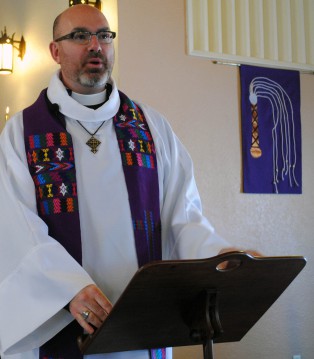 “Institutions are one of the ways human beings help organize themselves. As such, they can also be one of the ways we express some of our worst characteristics and behaviors as well as one of the ways we benefit from the harmful acts of others. Institutions can be used as walls and weapons as well as a tool to help rationalize some actions, that when it comes down to it, can only be described as sins,” Denton said. “It takes honest, faithful conversations just like this to change the world.”

Both Wells and Denton urged the congregations to own and confess the sins they may not have been directly involved in — like slavery — noting all Christians are a part of the body of Christ. 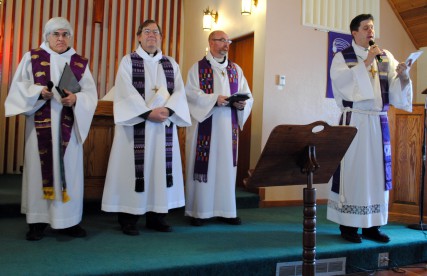 “I'm anxious for you because I think the work you have in front of you during this Lenten period of confession is difficult. You are going to be leading the larger church into a territory that we usually avoid,” Wells said. “I'm wonderfully stimulated and grateful to you and I'm eager to know how it goes for you, I'm eager to learn from you and from these good pastors who will lead you.”

St. Paul and 1st Congregational are the only two churches in the area that have teamed up, as separate denominations, to spend Lent together. Ohrtman explained the congregations will explore a different sin each Sunday during Lent.

View a photo gallery of the communal service here. What sins do you think the church needs to confess?

Tracy, this video was really tightly shot! And I liked the splicing in of the photos. Well done!