Forgiveness was the topic of the July 2013 Coffee Talk. Related posts are below. 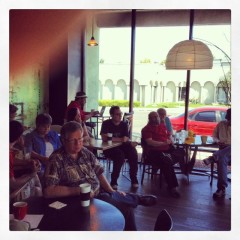 When I volunteered for this panel, writing an article on what forgiveness looks like seemed relatively easy.  Read more.

Nothing starts a game of my daddy is bigger than your daddy quite like the topic of forgiveness.  Read more.

“The messy middle of forgiveness”

My roommate and I were preparing for a party this weekend. Read more.

“Learning about forgiveness the hard way”

“Refusing to forgive would be intolerable”

Forgiveness seems to be a common theme around my entertainment choices these days.  Read more.

“Who is forgiveness about?”

Forgiveness lightens my load and clears my vision to see the perfection in the world. Read more.

Previous Standing my ground as a Christian
Next Coffee Talk: Spirituality and Relationships