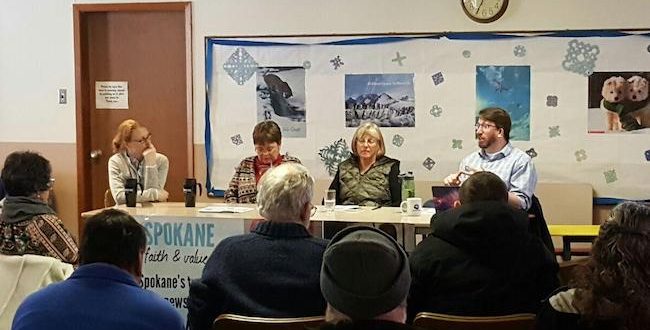 Despite the snow storm, 35 people came out to today’s Coffee Talk.

On the heels of the MLK March, the Women’s March, March for Life, the spontaneous airports protests and the upcoming March for Science, SpokaneFāVS brings the Spokane community a timely discussion on purposeful protest.

Coffee Talks are regular a community forum program organized by SpokaneFāVS, inspired by news events happening in Spokane and across the country. Panelists discuss the topic through a faith lens with a public audience.

The next Coffee Talk will be held in April, but FāVS hopes to see everyone against next month for our next Meet The Neighbors featuring the Spokane Hindu Community on March 26. Check SpokaneFAVS.com for upcoming location info.

Help sponsor our offline events by making a recurring donation!

Previous Visiting with Gonzaga journalism students, Gov. Inslee says freedom of speech, religion, are key to democracy
Next Coffee Talk a reminder that there are many ways to make a difference 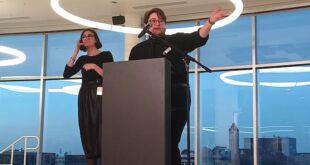