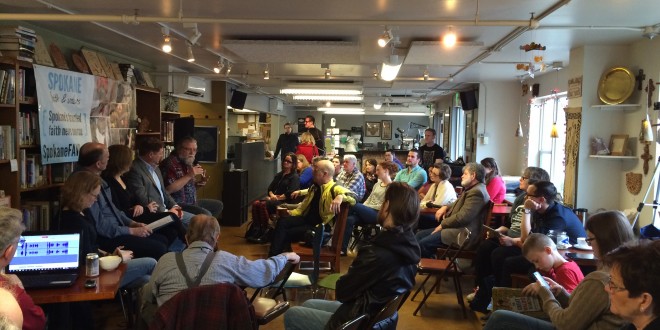 A podcast of this month’s Coffee Talk, “The Morality of Money” is now available.

The next Coffee Talk will be March 7 at 10 a.m. at Indaba/The Book Parlor. The topic will be “Religion and Freedom of Speech.”
[wp_paypal_payment]

Previous Trinity Teachings Gone Missing
Next Are intermarried rabbis the next big thing in Judaism?