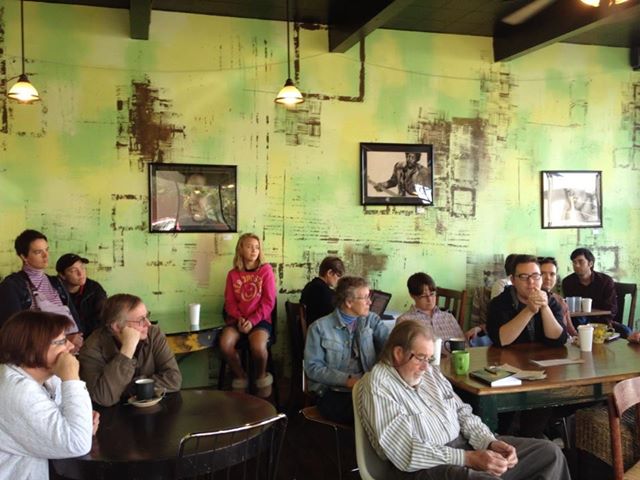 Coffee Talk held a discussion on money and ethics in October, 2013. Related posts are below.

“Ethically, what businesses should we support?”

In my previous article I addressed the issue of ethics in relation to how we should be spending our hard-earned dollars.

“How much is enough?”

One of the perennial quandaries for most people of faith is “How much is enough?” Most major world religions have some sort of message that ethical values include living simply, not working to amass large amounts of wealth, helping out those less well off or less able.

When I was asked to write an article for a panel on “ethics and money,” my first thought was, “How could I write a post on that? I’ve never had any money.”

The issue of money and ethics within secular and theological communities has always been an interesting, controversial discussion.

“Why the economic system in the U.S. no longer works”

The economic system we have in this world no longer works … if it ever did.

The chattering class loves to babble on about Social Security and Medicare.

Previous “Do Everything”
Next Donate to SpokaneFAVS!