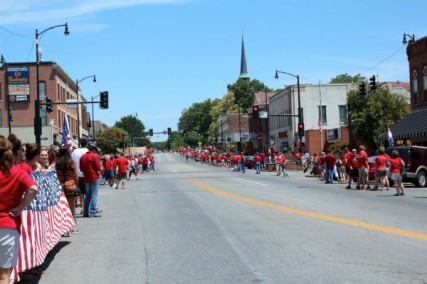 Friday marks a day of remembrance for Spokane. We’ll be remembering the life of Tom Foley, a dedicated politician remembered most not for his considerable political accomplishments as former Speaker of the House and representative of Spokane’s 5th Congressional District, but for his way with people — his ability to look past partisan lines and lead with compromise, civility and grace. Leaders from both parties praised the man who passed away Oct.18 as “kind and insightful” and “a good man who never said a bad word about anyone.”

As such, Foley has posthumously become a target for the Westboro Baptist Church, which has posted on their website that they plan to protest at Foley’s funeral due to his pro-choice beliefs and his Catholic faith.

While I personally abhor the beliefs and practices of WBC and all they stand for, I believe they have a right to protest and gather. Why not fight on their turf and protest their protest? Foley has a right to a respectful and peaceful memorial service surrounded by his family, friends and the community. Other communities have formed similar counter-protests when Westboro has demonstrated at military funerals.

These counter-protests have drawn thousands.

Come on, Spokane. I know it’s the morning after Halloween. I’ll be tired. But if they show up, we can show up and demonstrate our loyalty to Foley. Even if you had no idea who on earth Foley was until the news articles were posted about his death, groups like WBC demand protest on principle, in my humble opinion. Their message of hate can successfully be combated with one of love and support.

Ideas in other cities have ranged from humorous (dressing up as Star Wars characters to lighten the mood and block the protesting crowd) to plain old noise competition (bringing a band to block the protesters’ chants) to wearing red shirts and forming a human wall so family and friends attending the funeral don’t have to see the hate slogans on protest signs.

As much as I’d like to make a C-3PO costume in time for Halloween that could serve double duty at a protest- protest, the red shirt idea sounds the most feasible to me.

Foley’s service is scheduled for 11 a.m. at St. Aloysius on the Gonzaga campus.

Previous How to start a Luther-worthy reformation
Next POLL: Are you coming to Saturday’s Coffee Talk?