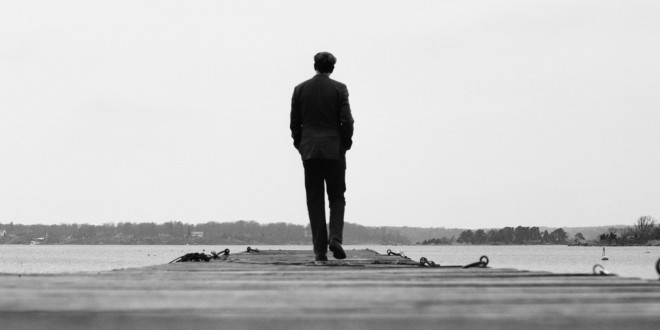 Walking away photo by Stuart Heath/Flickr

Finding closure by saying goodbye to an old church

Too often the stories of LGBT people and their experiences with religion end with hurt and heartbreak. Because of that hurt and fear, there is rarely ever any kind of reconciliation between them and the church.

My story isn’t any different. I came out as bisexual at my school at age 13, but I kept it very quiet at my church knowing the beliefs surrounding it. I never spoke of whom I was dating, or anyone I may have had a crush on. But as things in small towns go, word eventually got back to my youth leaders and the pastors. I was scolded, told it was just the devil tempting me and that I just needed to pray for God to show me “the light” again. In the meantime, I was asked to step down from my position in student leadership. I continued attending church and youth group every week out of obligation and some small hope that if I prayed enough, listened to service enough, met with the pastors enough that the feelings would go away and I wouldn’t be this way anymore. Pretty much the opposite ended up happening, I felt more strongly about the person I was dating, and started researching what the term transgender meant. The more I researched, the more I began to distance myself from the people at my church and the more I started planning to run away so I could start over, away from all the people that had grown to know everything about me. As far as I was concerned, God could hate me all he wanted and I didn’t care. I just wanted to be happy.

At 17, I finally gained enough courage to run away, leave that church and that town, swearing that I would never step foot in a church ever again.

Fast forward three years and I had my first conversation with a pastor since I left, at none other than a rally for transgender people, more specifically one that had been attacked locally. Something the pastor said made me think about God for the first time since I swore off the church three years earlier and made me rethink my still new-found hatred of God and religion. A couple of weeks later I decided to go to the church she (the pastor) was at, thinking that maybe I was wrong in thinking that all Christians and churches were the same. Walking in, I felt like a stranger and like I would be ran out the second anyone found out how I identified, or what I had thought about God for the last few years.  Something made me stay and I’ve been there since that day about a year ago. The more I attended, the more I started getting to know the people, the more I knew that I belonged there if for no other reason than to reconcile with the God that I had grown up knowing.

Through all of my discovering a church, and a God, that is open and accepting I never really felt like I should be there, or like I would be there long term. Something still bothered me, and it took me until recently to figure out exactly what it was. I never said goodbye to the church that I grew up in and that had been my home for the majority of my life. As long as they were still in the back of my mind, it felt like I was betraying myself, God and those that were a huge part of my upbringing. So I decided to go back.

Sure, I had talked to my old youth pastors and some of the people I used to work with since I left, but it wasn’t the same because they had left too, many shortly after me. I never said goodbye, I left hating everyone, and I still felt betrayed.

I made plans to go by myself, telling only two people that I was actually going and why. It took the entire hour drive, and another 20 minutes sitting in the parking lot to talk myself through the doors that I used to run to as my safe haven. Once through the doors, I noted everything and everyone I recognized, and trying to not make eye contact with anyone that I had known. Through the sanctuary doors, halfway down the left side to the same place I always sat with my friends throughout junior high and my first two and a half years of high school. I was surrounded by people I had known before I transitioned, people that I had taught Sunday school with, none of them recognized me or made an attempt to say hello. I was a stranger in the one place I thought I would always belong. I didn’t make it through the service before I had to leave, only spoke to one person that I had known, but I got what I went for: closure.

Driving back, it felt like a world had been lifted and like I had permission to be present at my new church without bringing all the hate and hostility I had held on to with me.

They may never know that I was there, that I held on to the hurt, or that they even caused my hurt, but I do and that’s enough for me and I finally forgive the people for what they said and did in the name of God.

Luke Grayson-Skinner is a 20-something, disabled, nonbinary trans-person who has been in Spokane since 2012 and is an advocate for the LGBT community and for transgender people.
They are also a slam (performance) poet who went to Atlanta for National competition in 2016 as a part of a team representing Spokane, and continues to be apart of the local writing and arts communities.
Luke doesn't currently know what faith-base they "belong in" but grew up in an Evangelical church that they left when they moved to Spokane and has attended an open and affirming UCC church off and on since they were 20.
Luke uses they/them pronouns.

Previous Ask A Muslim: Why do you believe in Allah?
Next ‘A purpose to everything under the sun, including marijuana’