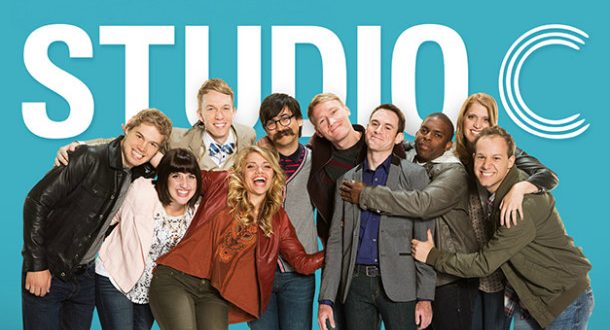 Clean Comedy is Out There, and I will Show you Where

My family and I love to laugh. One of the shows we love watching together that makes us laugh is BYUtv’s Studio C. If you don’t know what Studio C is, let me fill you in, because you have been missing out!

Studio C is a sketch comedy television show, similar in style to Saturday Night Live and Mad TV, but there is one thing that sets Studio C apart. It’s clean comedy. You can watch it with the entire family without worrying about profanity, vulgarity or sexual innuendo.

Now if you don’t care about that stuff, more power to you, I’m not calling for a ban on shows like those. That is the beauty of freedom of choice. What I love however, is that there are people out there trying to make family friendly shows and comedy. And some are doing it well. Studio C has even been praised by Conan O’Brien, and one of their top videos has been viewed over 63 million times!

As a person working in the medical field, one of my favorite sketches from Studio C, is the sketch is called Worst Doctor Ever. Other sketches like Top Soccer Shootout Ever with Scott Sterling (I have a Scott Sterling jersey, I know it’s dorky, but did you expect anything less from me?), The Crayon Song Gets Ruined, and Prince Charming’s First Kiss, keep my family laughing. More importantly, we are together, bonding over good, clean humor.

So we were sad when we heard that the original cast, now in its ninth season, would be moving on from the show to start their own project. Will Studio C be the same? That remains to be seen, but my family will wait to see what they have to offer for Season 10. I can’t imagine with the success of the brand at the moment that they would go and disrupt the formula. Obviously the cast is an integral part of that formula, but I think the brand has gained a large enough audience to propel it forward into its successive seasons.

In the meantime, Studio C’s original cast members have started a company called JK Studios. According to their website, JK Studios will be an exclusively digital, family-safe comedy network. JK Studios will not only be producing sketches, but sitcoms, reality shows, podcasts and movies.

While they haven’t released the full line-up of shows yet, they have begun releasing sketches on YouTube, and I’m pleased to say that they do not disappoint. The most recent release is from one of my favorite cast members, Jason Gray and it’s called Halloween Trick or Greet. Jason has a knack for voices and impersonations, as can be seen in the Studio C sketches; Leave a Message and Voicemail Problems.

Also if you haven’t had a chance to check out Dry Bar Comedy on Youtube, they are also putting out some really funny stuff. Dry Bar Comedy is a stand-up comedy platform that prides it itself on being clean and family friendly.

So what are you waiting for? Go check them out. I’ve always heard laughter is the best medicine, and if it is, than Studio C, JK Studios, and Dry Bar Comedy are going to keep me alive and kicking for a very, very long time.