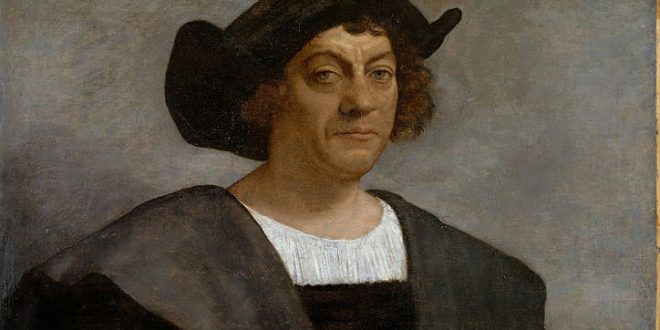 Portrait of a Man, Said to be Christopher Columbus/Metropolitan Museum of Art, online collection

City Council’s vote on Indigenous Peoples Day was about reconciliation, not division

It would be easy to see it all through a lens of division. The Spokane City Council recently approved a resolution to change the name of the holiday that falls on the second Monday of October from Columbus Day to Indigenous Peoples Day. Obviously, the change only affects the city of Spokane, where the council has jurisdiction. An observer at the often lively and occasionally tense Aug. 29 council meeting could have viewed it a series of interconnected conflicts: Native Americans vs. Italian-Americans (who argued that nixing Columbus Day would disrespect their heritage), “social justice warriors” vs. anti-PC conservatives, and, ultimately, Councilman Mike Fagan, who issued the lone “no” vote,  vs. all six other council members.

Yet what struck me the most wasn’t the drama of the meeting. What I took away, as both a white person and a Jew, were the impassioned voices of local tribe members, some as young as 13, who spoke about historical trauma but also their desire to have a voice and a sense of honored identity, here and now, in Spokane and American society as a whole. Symbolic actions such as changing the name of a holiday locally may not seem important to the resolution’s opponents, but this decision clearly mattered to the many Native Americans who gave public comments before the council.

After hearing the tribe members’ voices, some deeply affected by emotion, I found it impossible to see Columbus as a hero we should honor with a namesake day. By keeping both Columbus Day and, say, Martin Luther King Jr. Day on our calendars, we are equating a civil rights icon with a mercenary explorer who perpetrated ungodly harm many centuries ago. As one commenter noted, proponents of the resolution aren’t stuck in the past, as some detractors say. Instead, they want to help shape a more humane future, and that starts with changing how we tell history  — to honor and mourn its victims, and uplift its survivors, rather than giving glory to its victimizers.

No human is perfect, nor is any human society, but mass killing of a people group should be mourned. In the Jewish community, Yom HaShoah (Holocaust Remembrance Day) is a supremely important occasion of reflection and sorrow. Columbus Day was not that for anyone, nor was it, as some commenters claimed, a major day of celebration for Italian-American families and communities. As many noted, Italian-Americans do deserve a day that honors their many contributions to American culture and society. Columbus Day has never been that day, and there are countless historical figures better suited to represent the Italian-American community. One person suggested Father Joseph Cataldo, the founder of what would become Gonzaga University. Talk about a local angle!

Trying to erase real differences in culture and history by saying that, at the end of the day, “we are all Americans,” as one commenter did, ignores much of what is important about the U.S. For a city named after a local tribe to honor the virtues and contributions of Native Americans seems like a no-brainer. There’s a reason Washington doesn’t observe Columbus Day; our state has a rich history of tribal life and lore, and to elevate such a problematic figure would be to thumb our collective nose at both the suffering and the resilience of indigenous peoples.

I didn’t see “social justice warriors” or political correctness at the council meeting. Instead, I saw a community open up about how oppression has affected them and continues to do so, but also about how proud they are to carry on the Salish language, speak their indigenous names, and refute a historical narrative that puts conquerors on pedestals while obscuring the pain of the conquered.