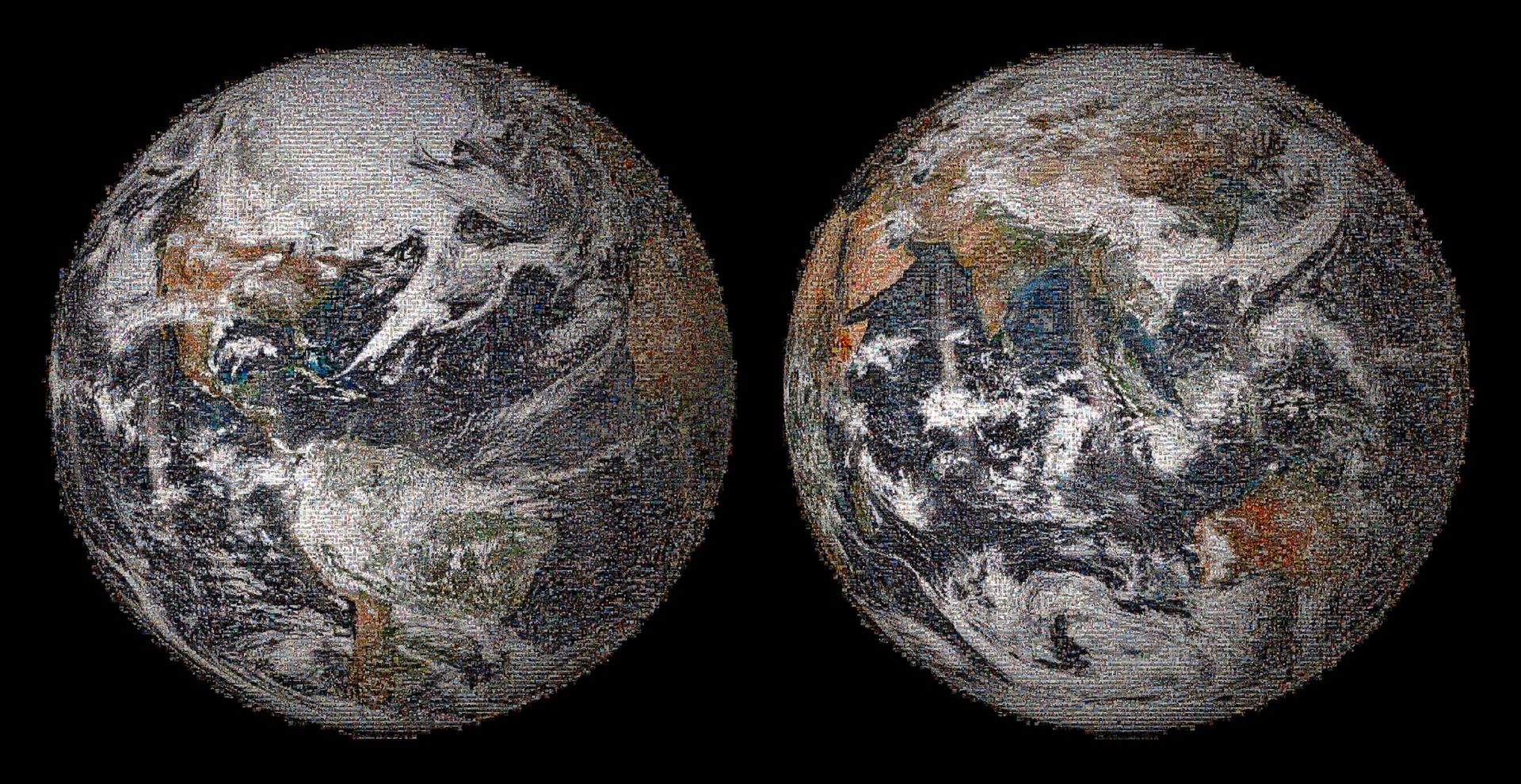 Nasa image of the earth

Citizens of this world

I am a patriot of the world. I find interest in my heritage of German, Russian, and English ancestors but I am none of those exclusively, I am a citizen of planet Earth and therefore responsible to the whole of humanity. I am fortunate to have been born in the U.S but the fate of this planet is too important and too precious for me to stand up and sing “God bless America.”

God HAS blessed America, and we have been appointed stewards of the largest share of the resources of the planet, and America has squandered much of that stewardship on vast quantities of “crap” masquerading as capitalism and “success” while large numbers of Earths’ citizens die daily from lack of basic necessities.

Neil deGrasse Tyson, in his show “Cosmos”, has pointed out very clearly that we humans are a very recent phenomenon on the earth, living on a planet that is a mere speck in a relatively small galaxy nowhere near the center of anything. We act as though we are very important, carving up the planet into nations, states, counties, fiefdoms etc., and pitting peoples and faiths against one another like it matters who owns, or believes what. I suppose 500 years ago these sort of divisions may have been important for progress, but now we have the science to know that it isn’t.

Our faith lives as humans and the varied religions that have sprung from that are problematic, but also necessary for the majority of people on the planet. Humans are hard wired to need something beyond themselves for stability, something to believe in and to work for and to make us accountable to each and every life on this planet. I don’t believe science can do that on its own, science and faith must go hand in hand. Instead, because we are an argumentative bunch, we have set up this make-believe situation of science against religion, and point out that religion has hindered and terrorized the advancement of science (from the science communities view) or that science has lead us away from faith (from religions viewpoint). Both are right and wrong … we have assumed that there must be a division between the two; the movie “Zeitgeist” (2007) goes to great lengths to show that religion is the great evil in the world and that it is time to abandon it completely in favor of science. (I really liked the movie, the anti-religion parts were interesting). The biggest point made in that movie for me is this: greed and materialism, power and use of force, are the greatest threats to humanity and to this planet. In response to this statement you are probably saying “no duh,” and I would agree except, if it is SO obvious what the threat is … why has nothing been done about changing things?

The question we are being forced to consider now is this: how can we effectively dismantle the culture and economy of greed and imperialism that is killing this world, without starting another major war? The powerful will do anything to keep the power and money in their pockets, including manufacturing wars to protect their interests, knowing that the war will ultimately make them even more money (see Halliburton Corp. in Iraq/Afghanistan as evidence). I do not want to beat the point to death, as long as it’s understood that WAR = PROFIT, that point is not debatable, and unless we take profit out of war those that make profit that way WILL NOT be swayed. (Here’s where you “fill in the blank” with your answer as to how we take profit out of war).

Now that I have that little diatribe out of the way, what’s next for us as a nation? We are at a crossroads as a country, nothing new about it, we have been at crossroads before and we have always taken the easy way. Will this time be different? Can we set aside our greed and petty disagreements long enough to make the righteous choice for the WHOLE PLANET? When is enough …enough?

When do we say, no more wars for any reason? Those in power positions can and will always come up with reasons for war: “We must stop the spread of ___________” go ahead and fill in the blank, some favorites are; communism, fascism, terrorism, those who get in the way of me making a profit!

Recently a rich guy named Nick Hanauer, from our own state of Washington, came out with a statement to his fellow “filthy rich” (his words) folk. This may be a little too simplified but, in it he talks about growing inequality in wealth as a danger to the .01 percent of the wealthiest in the world. Basically he advocates “giving back” in the form of wages mostly (15$/hour minimum wage argument), so that the poorest can become a little less poor and therefore won’t be as inclined to get out the pitchforks and come hunting for the wealthy. The true sign of a capitalist was when he then argued that these currently poor folk on the “dole” could then spend the extra bucks, from the higher wages, to buy more stuff and health care and so on. Which of course simply perpetuates the system in this country, and does nothing to address the deathly poverty in the rest of the third world (in case you think I’m all wet with my analysis; I just saw an advertisement for a television program showing a bunch of rich people and focusing on how they give away their fortunes). In my opinion; these are rich people worried about what might happen if the “pitchforks” do come out, and hoping that their gifts to whomever it is, will save them.

The planet will not sustain a global version of capitalism no matter how well managed it is, we currently have maybe 1 billion people participating in the capitalism dream, suppose the other 6.5 billion want in on it? (And they do!) The planet simply cannot sustain that level of consumption and production and pollution and so on. I know the purists think that capitalism is the best thing going and the best chance for everyone to prosper. That may be true BUT so far the system has shown it cannot control itself, either in output, pollution, greed, whatever category you want. So unless Mr. Hanauer and the other elite in the world have another planet or two in mind where we can ship folks and begin the cycle of production and consumption anew? We are stuck with this finite planet and growing population and we must begin to plan for downsizing of our appetites for more and more and begin to understand what enough is.